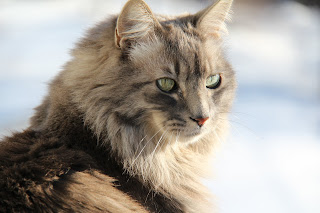 Yesterday was not a good day. Today is only marginally better. Lots and lots of tears.

I will miss waking up in the morning to find Frank snuggled up by my feet. I will miss Frank rubbing his head against me in affection as I get cat food out of the cupboard; he was a big fan of meal time.

He often used to accompany me to the bathroom when it was time for me to get ready for bed at night. He would settle on the bath mat for belly rubs and pets. He actually liked to be covered with a towel; this would often lead to play time, but sometimes he would just sleep that way.

Sometimes he could be frustrating. I would be sitting in my chair in the living room and he would sit down by my chair and stare at me; I called it Frank face. He would lift up a paw and kind of wave it at me, which made us laugh; it was his way of saying I want you to get up and...Well, that tended to be the frustrating part; figuring out what he wanted. Sometimes I think he didn't know what he wanted either, other than for me to get up and follow him around.

I loved to pick him up and hold him because he was so large and solid, and yet so soft. It was comforting somehow.

He was a huge cat, and therefore had huge paws with appropriately large (and sharp!) claws, but he was gentle. He would wake me up by tapping my forehead with a paw. Much as I don't care to be woken in the middle of the night or early in the morning, it was still entertaining to see his face looking down and me, and this giant paw coming down on my forehead.

Fourteen years is a long time, and it feels like something is missing.

It helps that we still have Zappa, and  he has been extra snuggly. I am also more aware than ever that we have limited time left, but for now I'm trying to just enjoy the cuddles.


The first photos  I ever posted of Frank (to the rear, and Zappa in front) on my blog. They would have been somewhere around 6 years old. 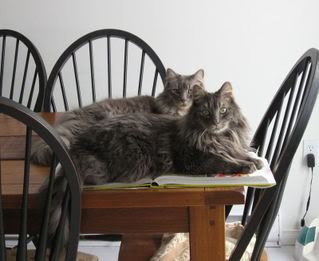 Frank loved to be outdoors. 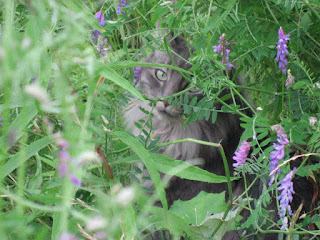 Last photo of Frank on my camera, almost 14 years old. They've been enjoying the spring weather. I've been looking forward to summer and hanging out with them in the garden. 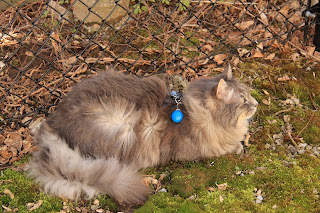 Good-bye, my friend. Thank you for giving us as many years as you were able. You will be missed. 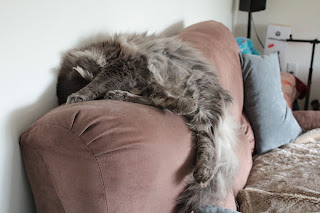 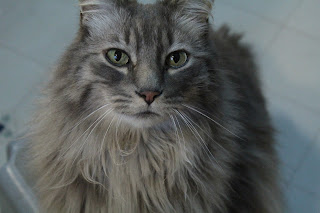 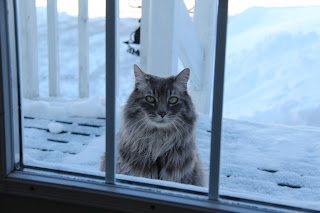 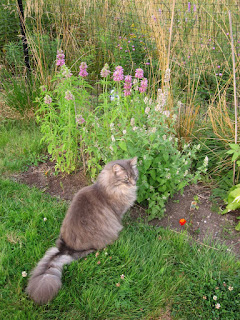