I was sick with a cold at the end of March, then with a flu at the start of April; it seemed like I was sick for a month.

I managed to trip myself, and smash my knee down on our porcelain tile floor on April 22 (I remember the date because it was exactly 1 week before my birthday). My knee is better, but still not 100% back to normal; I can't stand to kneel on it because it just feels wrong.

Then early in June I hurt my foot. I was walking down our hallway to grab my sneakers so I could go work out and whacked my baby toe against the vacuum. It hurt. A lot. But I brilliantly decided it was no big deal, and carried on. Not my best workout, and I ended up taking some days off from exercise after that. My foot at least seems to be pretty much fine now, though it definitely did not look great at the time. 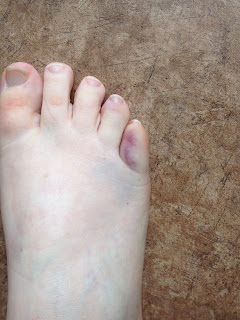 And honestly, that it all minor stuff. Losing Frank has been the hardest, and while I'm doing better I am still sad. And also now extremely paranoid about Zappa, but trying not to be too crazy.

On the up side, we have been having a pretty nice summer, and we are on vacation next week. No big plans, just relaxing and enjoying some free time in the summer.

I don't have much of a garden planted this year. It was so frustrating last year to see things growing so well, only to be eaten by the deer. So there doesn't seem to be much point until we do something to keep the deer out of the yard. Then, losing Frank in May left me not feeling like doing much of anything for a while.

But I have a few things planted, and then there are the rose and lilac bushes that my parents brought over to transplant at the end of May. This one in particular is doing really well. 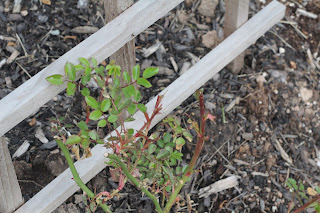 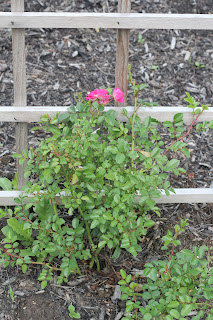 It is still small, but seems to be thriving.

Workout-wise, I have been doing Chalene Extreme and enjoying it a lot. I'm not keeping up with the schedule, the workouts happen when they happen, but I still feel like I can see progress. I've also been walking more, due to the fact that I finally broke down and bought a Fitbit (which seems like it should be a whole post of it's own) and I do find it to be motivating.

I think that's about it for now. I'm feeling tired and ready for time off next week. Hoping the nice weather keeps up. Maybe once I've had some time off, I'll be able to write something more interesting here.

For now, I'll leave you with a few more  garden pictures.


My small vegetable garden has herbs and a few tomatoes and peppers that I will attempt to protect from the deer. 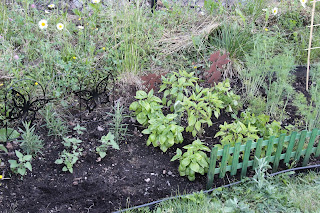 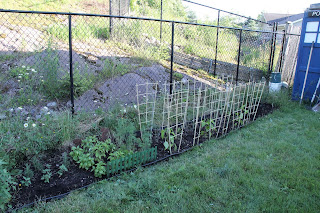 I planted a bunch of lavender and some more thyme in the flower bed by the driveway because deer don't seem to like eating those. Flower bed really needs mulch, but I guess that will happen next year now. 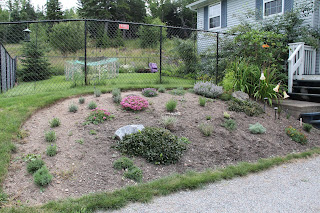 The beds around the side of the house have been growing pretty wild, but that means they don't require much work, so I'm good with that for now. 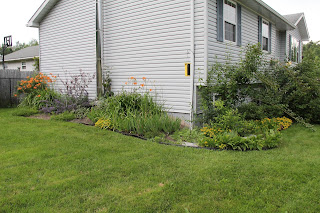 Posted by JavaChick at 9:59 AM No comments: