I have found myself thinking about yoga quite often during this challenge - probably not a surprise, since the workout is described as a blend of yoga and Pilates.

Early on, particularly once Core arrived on the schedule, I found myself thinking appreciatively of yoga workouts that allow you to work on a pose; getting comfortable with alignment, building strength and confidence, working your way up to something you find challenging.

This week I've found myself thinking about sun salutations. I remember what it was like trying to learn them - I was actually going to a live class at that time, and we would start the class with sun salutations. I felt like I was flinging myself around on the mat, trying to keep up, hearing the instructor talk about flowing with the breath and thinking how impossible that sounded...Until one day it just clicked. It really felt like that: suddenly I had it and I was flowing.

As of Week 5, there are six different workouts on the PiYo schedule. The routines go pretty fast, while the workouts themselves are plenty tough, sometimes it's hard to keep up with the switches as well. Maybe this is harder for me than the average person; I do have hearing issues, and I don't always catch the cues. This means I need to get pretty familiar with the routine.

And I think I'm getting there. Which means it is getting both easier and harder at the same time. I'm getting better at catching the cues. I'm spending less time standing still, staring at the screen wondering we do what now? Which means I'm working harder...And to be honest, I felt like I was working plenty hard most of time time before.

I am also seriously thinking that at the end of Week 8 I might want to start all over again.


Monday: Drench - Still glaring at the 48 minute start time...but I'm starting to get this (the first time a lot of it felt way too fast) and even enjoy (though if I'm being honest, I don't particularly enjoy being that sweaty...Ugh!)

Wednesday: Buns - Checked the schedule Tuesday night and literally said "Oh yay!" when I saw this was the workout.

Thursday: Sculpt - Less than 30 minutes; love the short ones!

I knew I wouldn't have time for a workout on Saturday; I'd hoped to get it in on Friday but that didn't happen. Sunday I was just so frickin' exhausted, I  could not face Drench. You know those days where you feel tired, but a little exercise perks you up? That was not my Sunday. I talked myself into Sweat, but it was not my best performance. Still, one workout skipped in 6 weeks is not a bad record, as far as I am concerned. And  maybe I'll still manage to get it in sometime in the next two weeks. 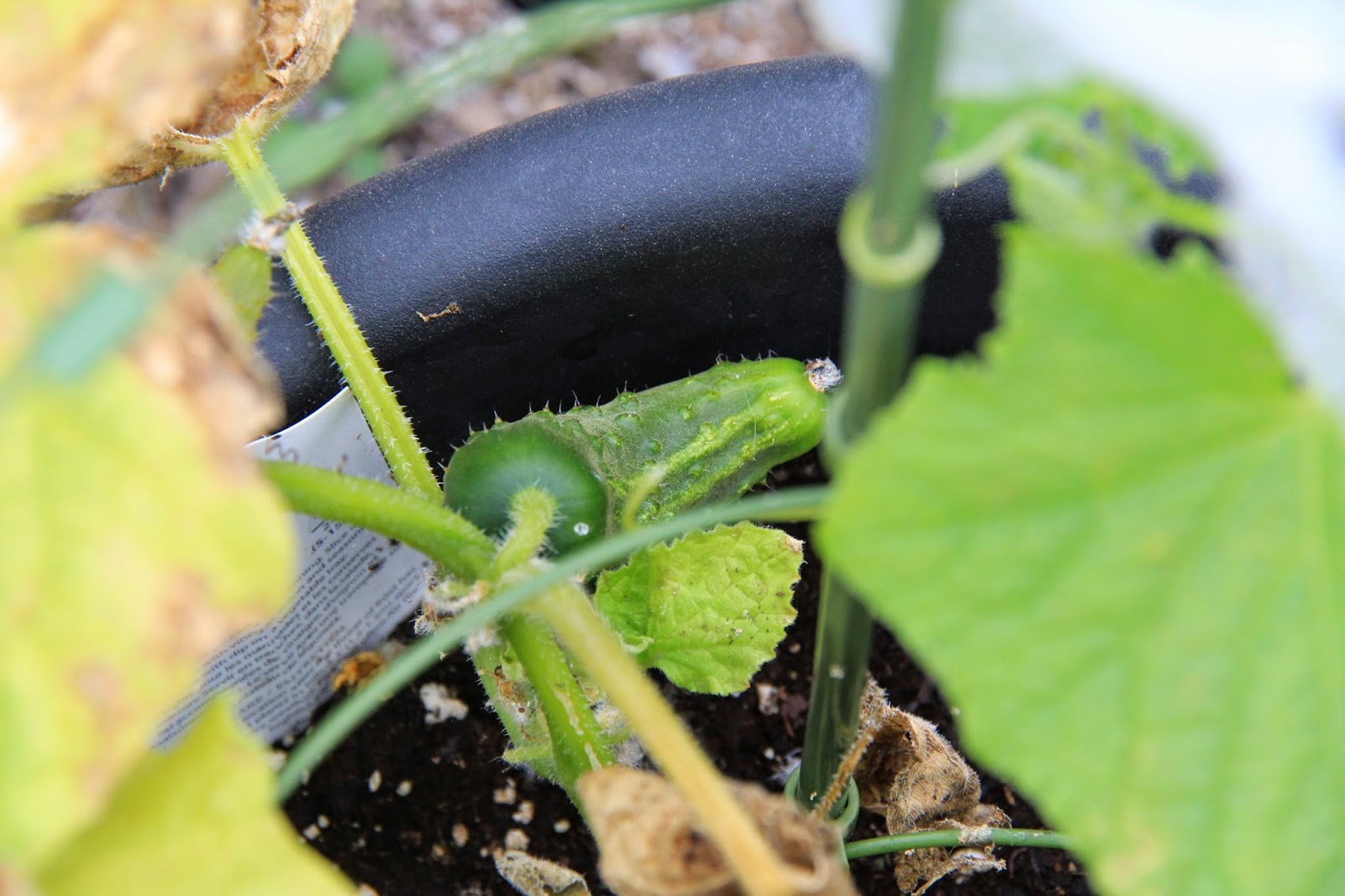 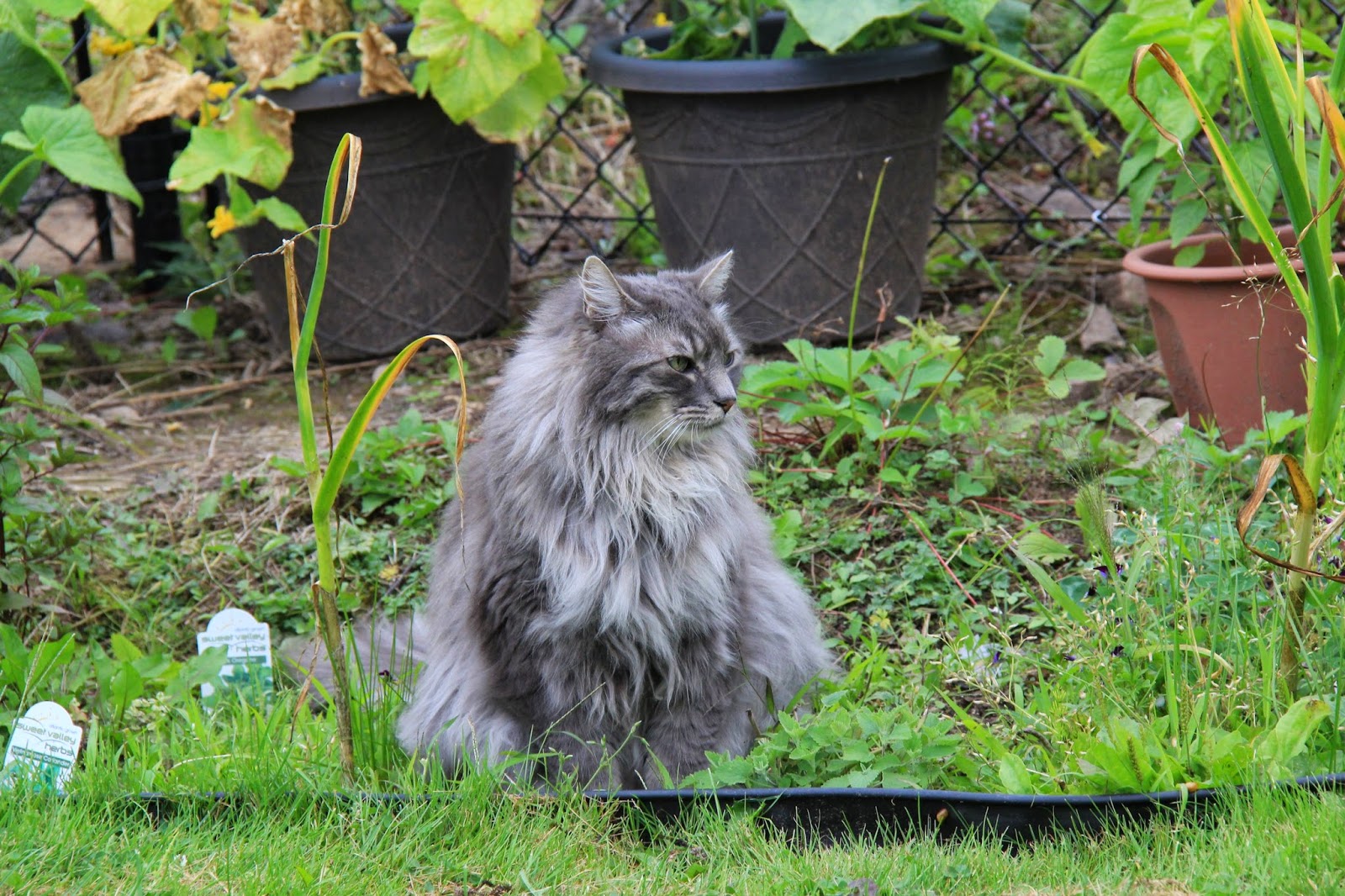 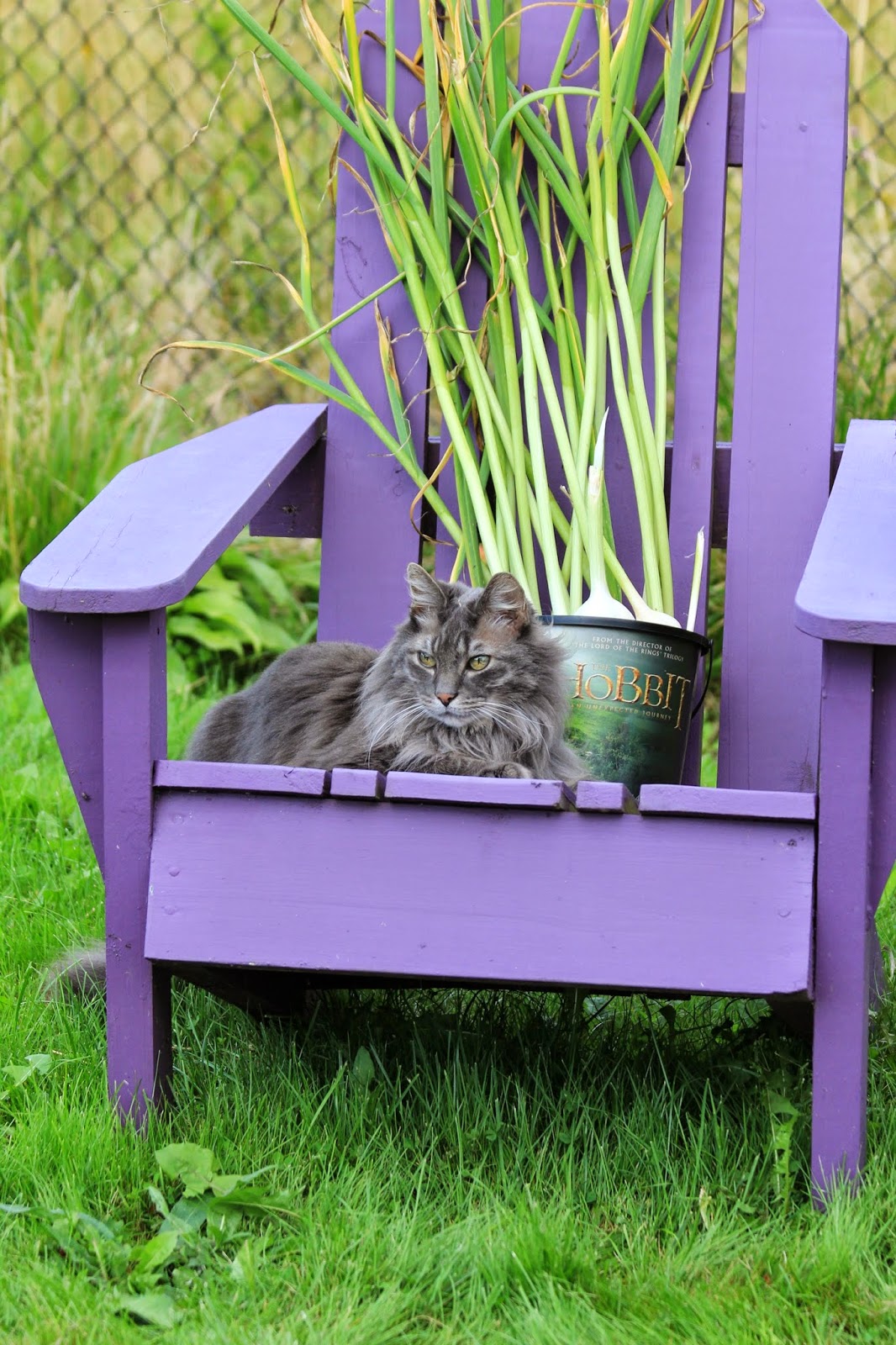 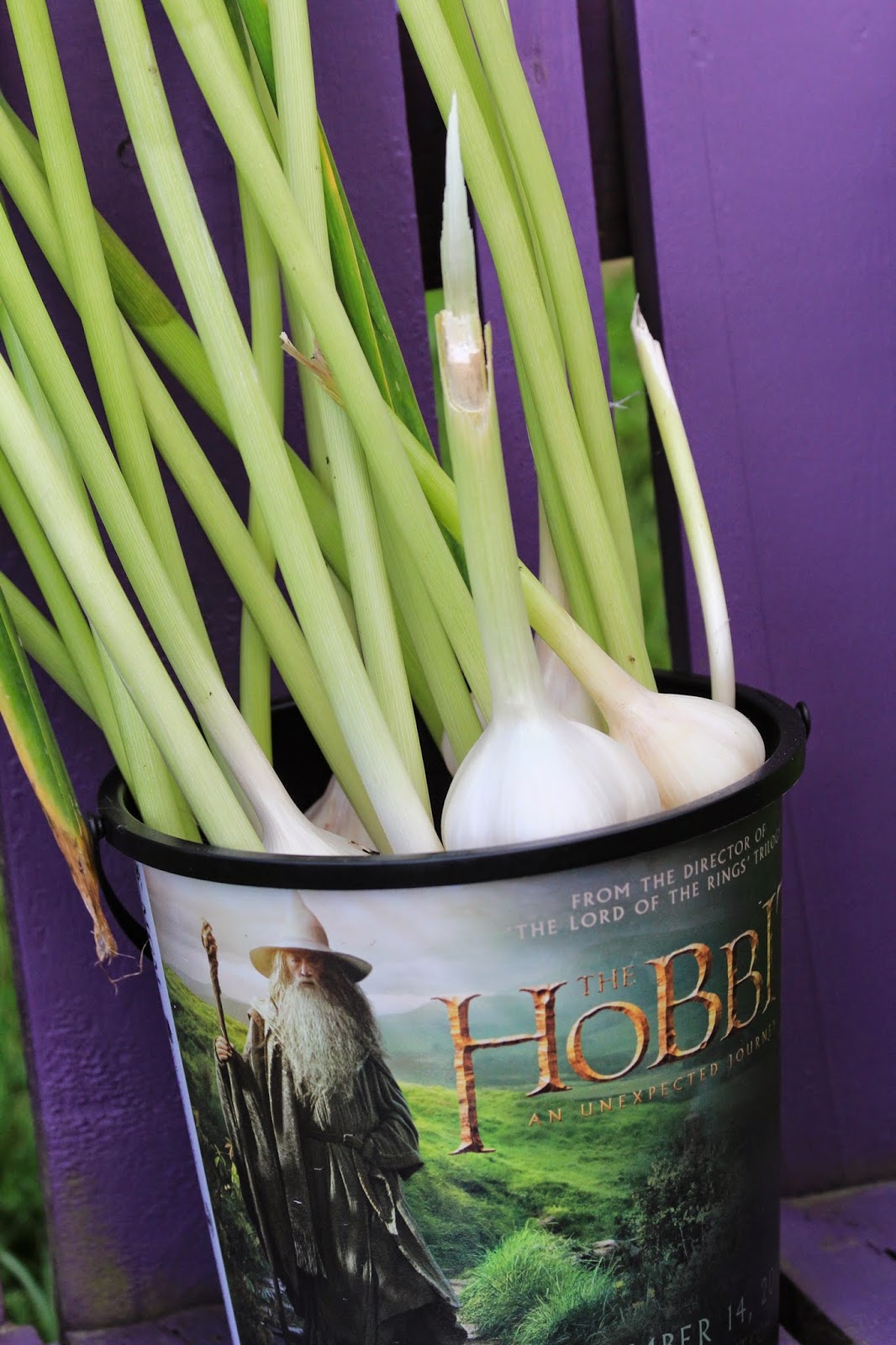 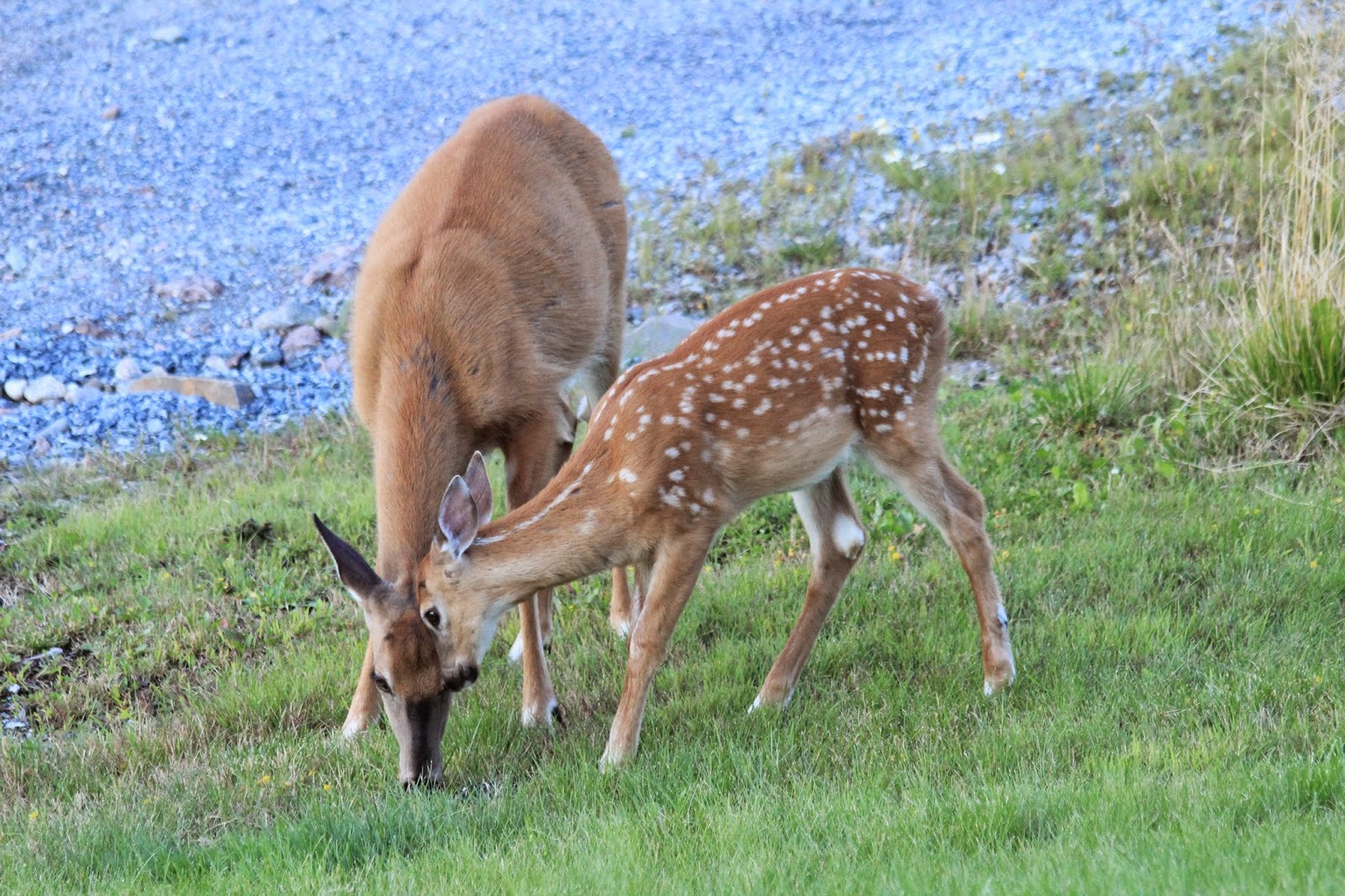 Posted by JavaChick at 7:10 PM No comments:

So, after an unplanned week off due to being sick, I was back on track this week. Here are my thoughts at the half way point:

The Bad:
Honestly, I really like this program. There are a lot of ads on the disks, and in a couple of the workouts Chalene actually pitches Shakeology and Beach Body Wear...I could do without that, but I also am quite capable of just ignoring it.

I like working out with dumbbells. I find it to be very satisfying. But there is something impressive about this type of workout - watching a strong yoga practictioner, for example, or the people in these PiYo DVDs - it looks so effortless, there is a fluidity and gracefulness to it, but it takes a lot of strength. Possibly it is the awkward, clumsy part of me that is attracted to this, but I want to be able to do it!

I guess that's what it comes down to. The workouts are challenging, but I want to keep doing them because I want to get better at it.

Full disclosure on this week: 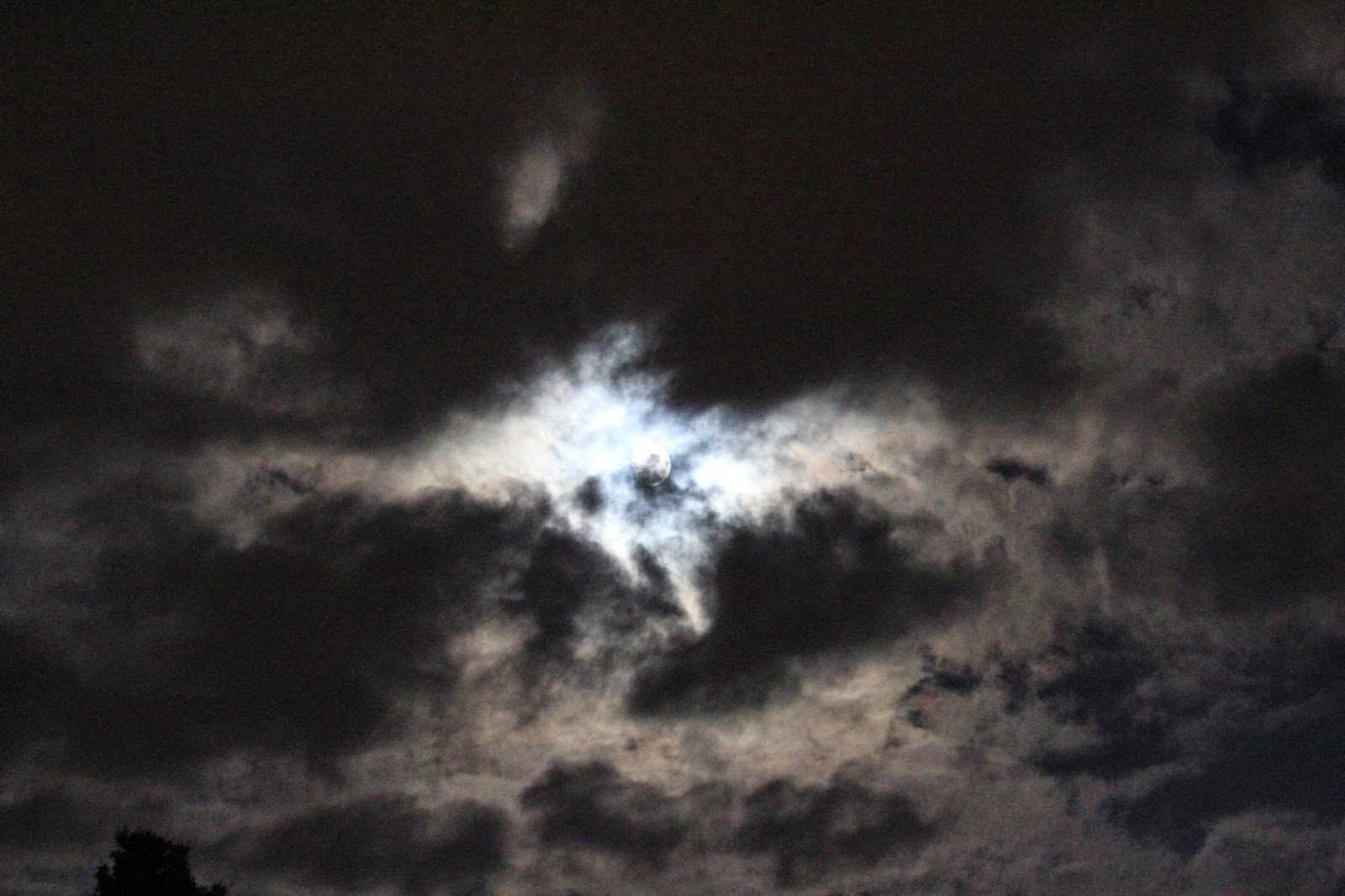 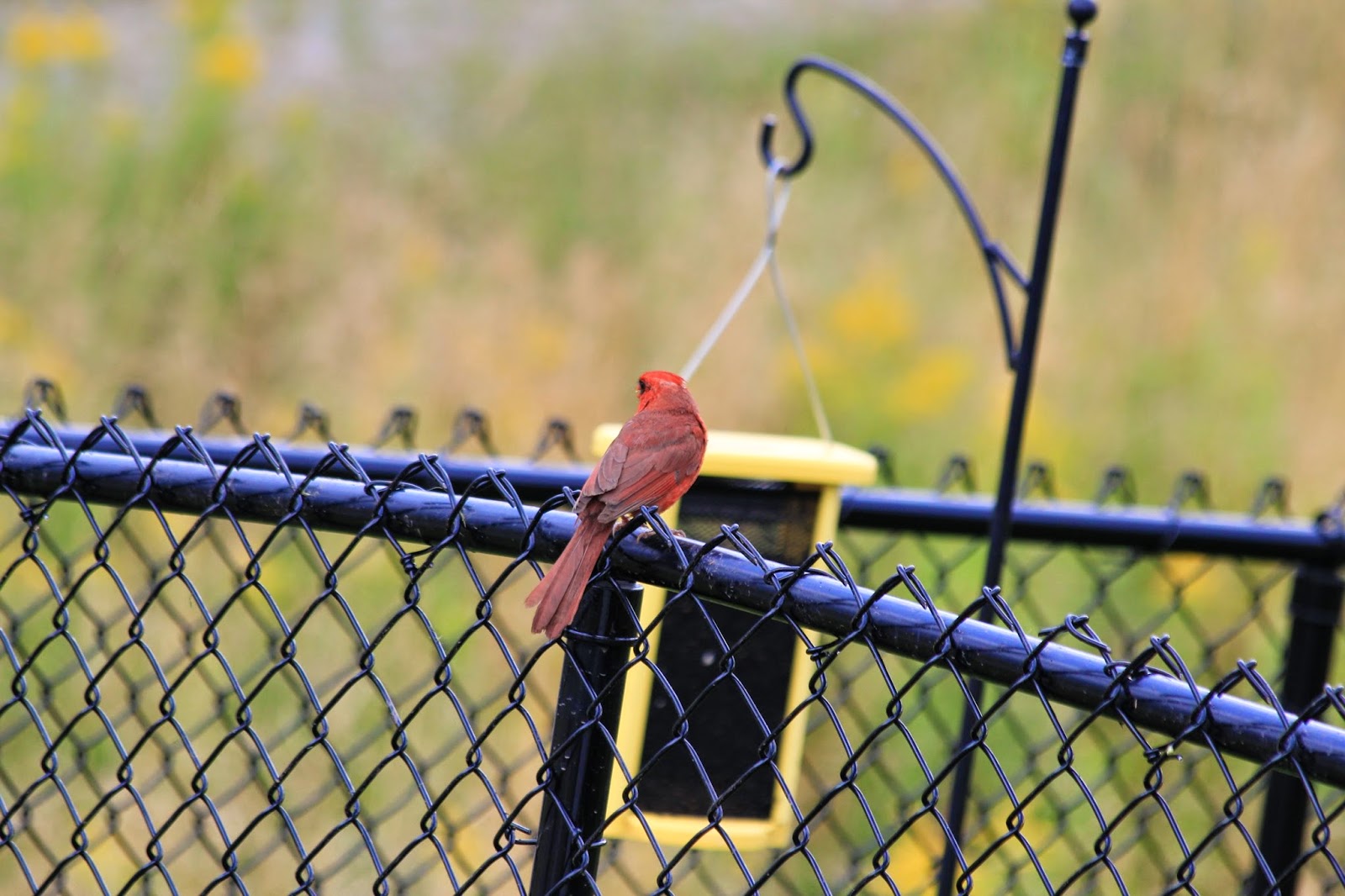 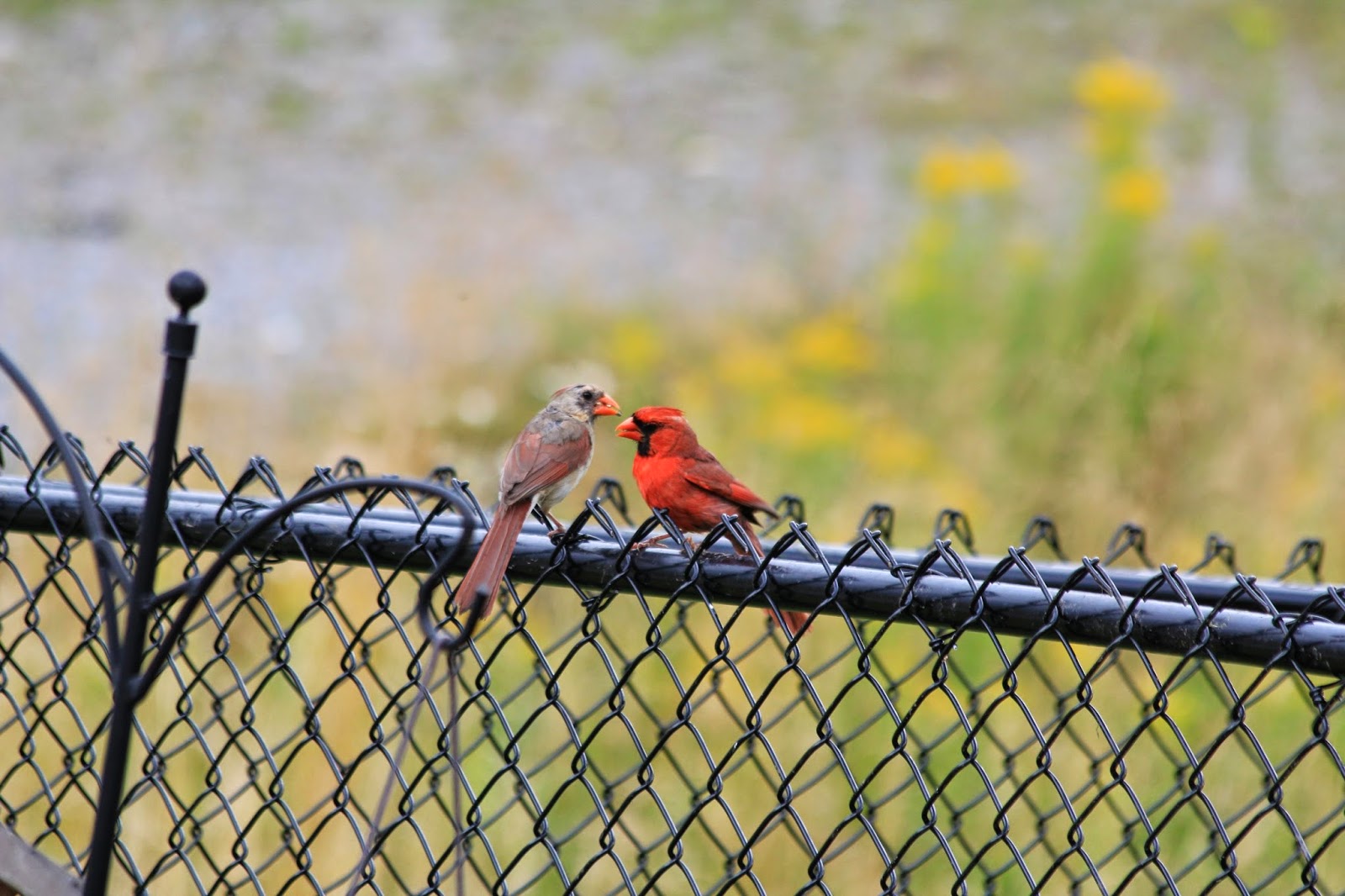 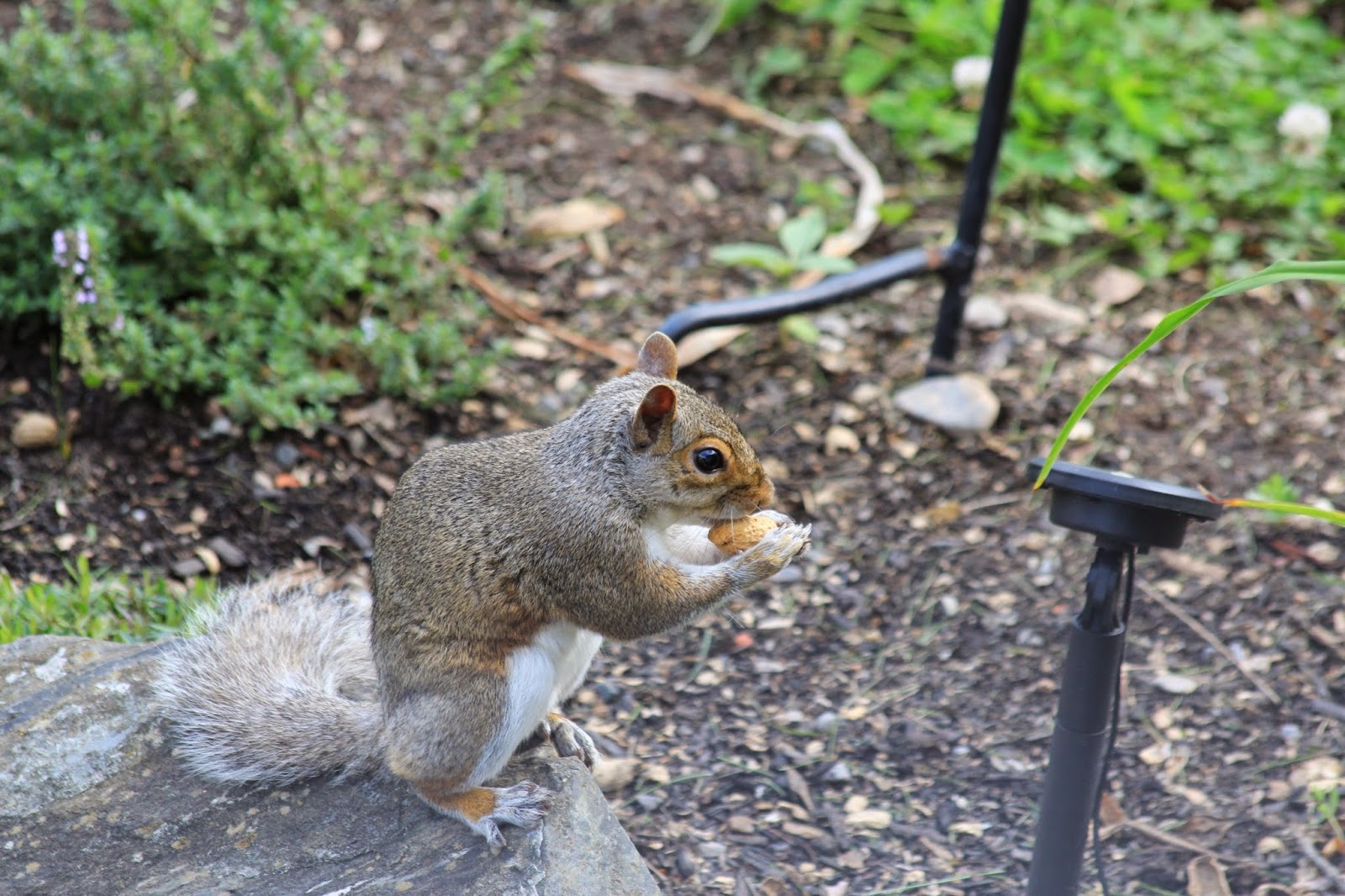 Posted by JavaChick at 9:31 PM No comments:

Taking it day by day this week...

Monday
Okay, things are getting hard. So yesterday (Sunday) was the first time through Strength Intervals. It was only about 25 minutes, but intense. Since it was a Sunday, and I had my sneakers on for that one, I decided to hop on the treadmill for a short, easy walk. Seemed okay at the time, but later in the evening I was completely zonked.

Today was Sweat again, which is another fairly intense one. Today it felt really hard. Toward the end, you do a series of wide squats, then add on squats where you are touching the floor and then reaching up, then some burpees. I normally can get through this - it's actually a segment that I like - but today after the first set of  burpees (the squat to burpee routine is repeated twice), I actually had to stop. I was feeling a little light headed, seeing spots, and my chest was tight...it freaked me out a bit to be honest. Anyway, I waited out that second set and then was able to finish the rest. Now I am feeling kind of tired an achey. Actually, both last night and tonight, Husband has asked me if I'm okay; I said I'm just tired.

I don't know if it's because things are amping up. Or maybe I am just exhausted at the moment - last week was fairly stressful at work, with Friday being the worse; one of those weeks where you feel like work is a marathon, you know? With a little effort, I was able to let it go over the weekend, but I think I dreamed about work last night, and today was another hard one (thankfully, I think we've reached the other side and things should calm down).

Tuesday
Today I had the choice of Core or the bonus workout: Hardcore on the Floor. I waffled back and forth, but decided to stick with Core since I have a hard enough time with that one. I also had an uncomfortably bloated belly by the end of the day for some reason - no idea why, did not eat anything out of the ordinary. Definitely did not make me enthusiastic about a core workout.

Core is my least favourite of the PIYO workouts so far, I have a really hard time with it, and it hasn't felt like it is getting any better. Today was the fourth time through, and it was the worst so far. I cannot tell you how much it sucked. I almost burst into tears more than once - the first time being when I got into the first side plank and promptly fell back on my butt. I almost feel like I shouldn't count it as done, for the number of times I ended up just sitting, frustrated, on the mat.

I am going to chalk it up to a bad day and hope the next time is better.

Wednesday
Today was Buns - my favourite I think! It's challenging - lots of squats, lungest and burpees - but I find just when I am starting to think I can do no more, there is a switch, so I think the pacing is good in this one. I definitely feel like I worked hard, but I kept up.

Thursday
New workout called Drench. I was not too keen going into this. The countdown timer showed 48 minutes at the start, and for the first little while I kept looking at the timer thinking I don't want to do a workout this long...Until I forgot to stop checking because I was too busy concentrating on the workout. It actually went by pretty quickly; you definitely don't have time to get bored.

Yesterday, during Buns, I noticed that I mostly felt it in my quads, not my glutes, and it made me wonder if I was doing something wrong. But there was one segment today - Power I think - where my glutes were definitely burning, so I guess maybe it just depends on the moves?

In each segment, moves are introduced and you build flows. As you learn the moves (theoretically, anyway), the reps get cut down; that's pretty standard for PIYO, and many other workouts. In this one, some of the flows got faster in the end and I couldn't keep up. Maybe that will change, since I'm still not quite comfortable with all of the moves yet. I'd say that is one complaint I have in general though, sometimes the changes are so fast and I miss them. Most of the workouts are short, and you are not doing a lot of reps, so it feels like every move should count. Obviously, the more you do it, the more familiar you will get, but I can't say I'm conifdent that will happen in the next 4 weeks. Of course, there is no reason I can't repeat the program, and do better the next time around.

Friday
I'm resting! It is actually rest day, according to my schedule. I had switched my Thursday workout to Friday last week, so I've done 7 days in a row (for the second time). We have friends coming Sunday evening to spend the day on Monday, then leaving Tuesday morning, so I had been thinking that I would just keep going with the workouts, since I expect I won't get one in on Monday.

Yesterday's Drench was definitely a tough one, though. Then my cats decided that 3:30 was a good time for me to get up, and I didn't get back to sleep until 5:30-ish. I woke up feeling very sluggish, and my body just feels tired. And, for the first time with this program, I actually feel a bit sore today. So, I decided finally decided I needed a day off from PIYO, and I'll just live with the adustment to my workout schedule later in the week.

Saturday
Feel much better today, after a decent night's sleep! Was on my feet most of the day, doing chores around the house, getting some shopping done, and my legs and feet were already a little tired going into Sweat, but I got a decent workout in and that is one more crossed off the calendar!

Sunday
I had good intentions, but this was just a day where nothing worked out as planned. So now two workouts behind.

...And now here it is Tuesday and I am officially 3 days behind. Our friends came Sunday, we had a busy day yesterday, lots of fun, but late getting to bed last night. They left this morning, and we went off to work. I had every intention of coming home and jumping back intot he PIYO schedule, but part way through the morning I started feeling crappy...And just kept feeling worse as the day went on. I have a sore throad and I'm really tired and draggy, and a little sniffly...So I am goofing off tonight, planning on early bed time, and hoping I will feel better tomorrow... 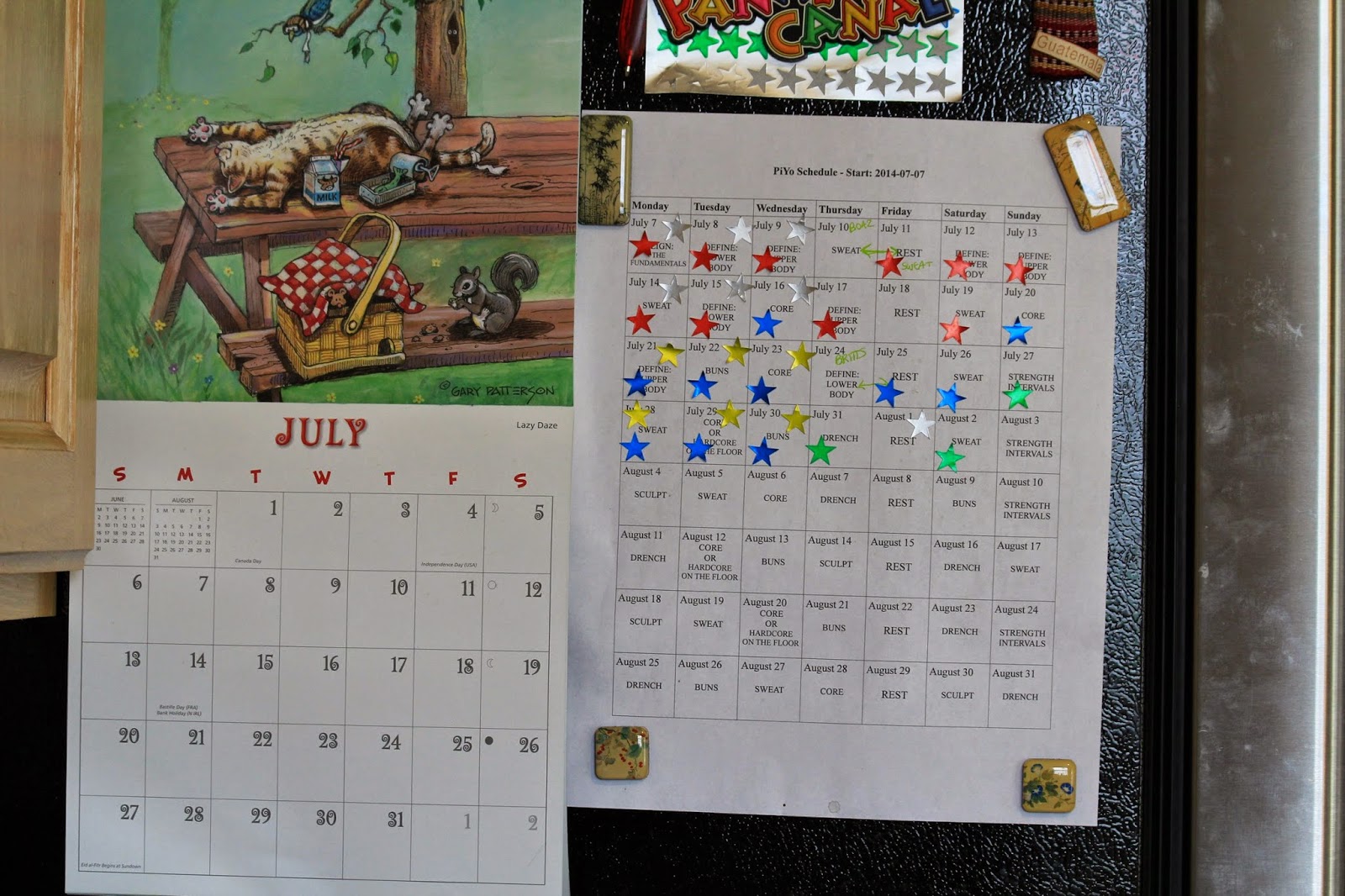 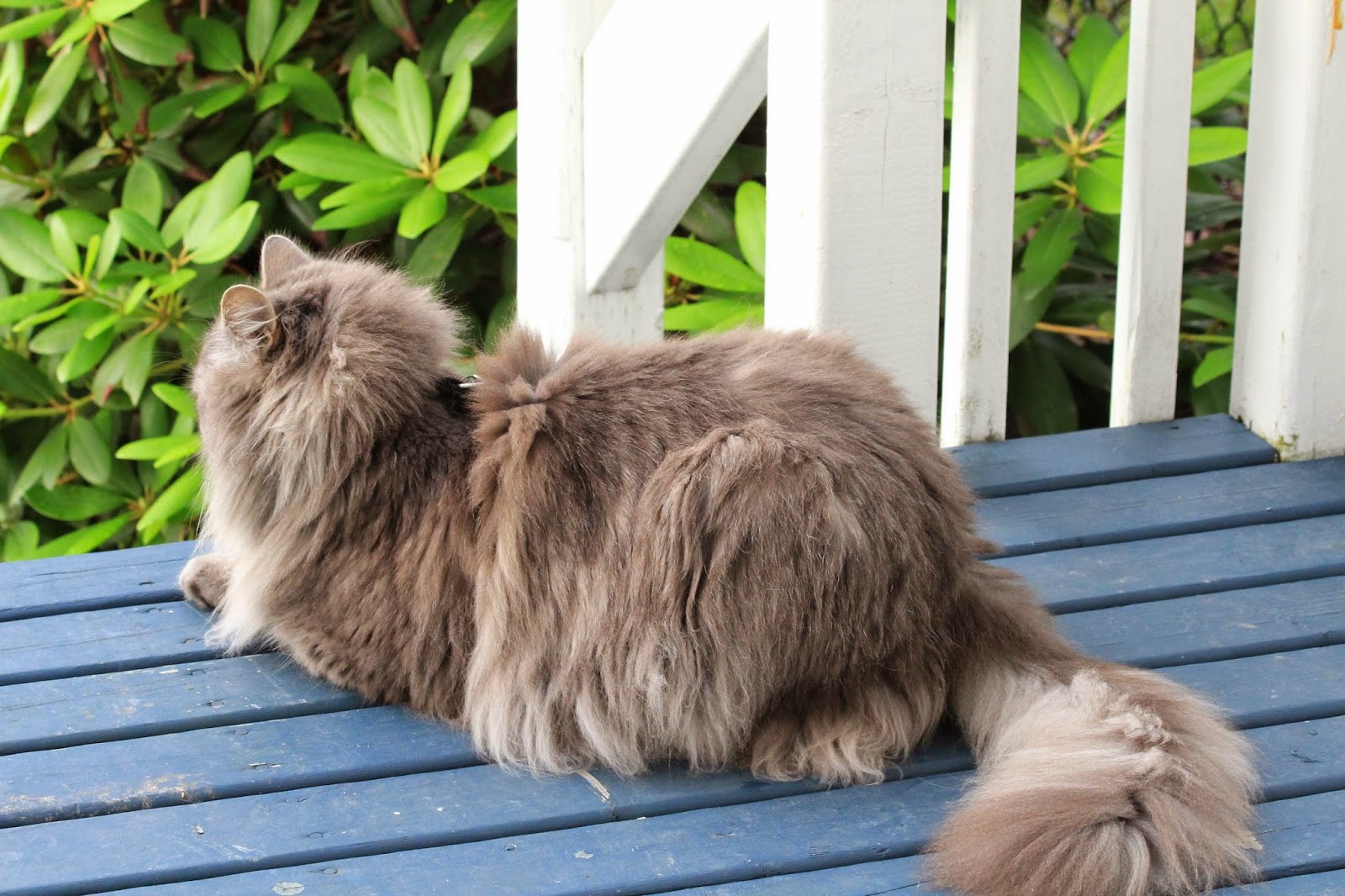 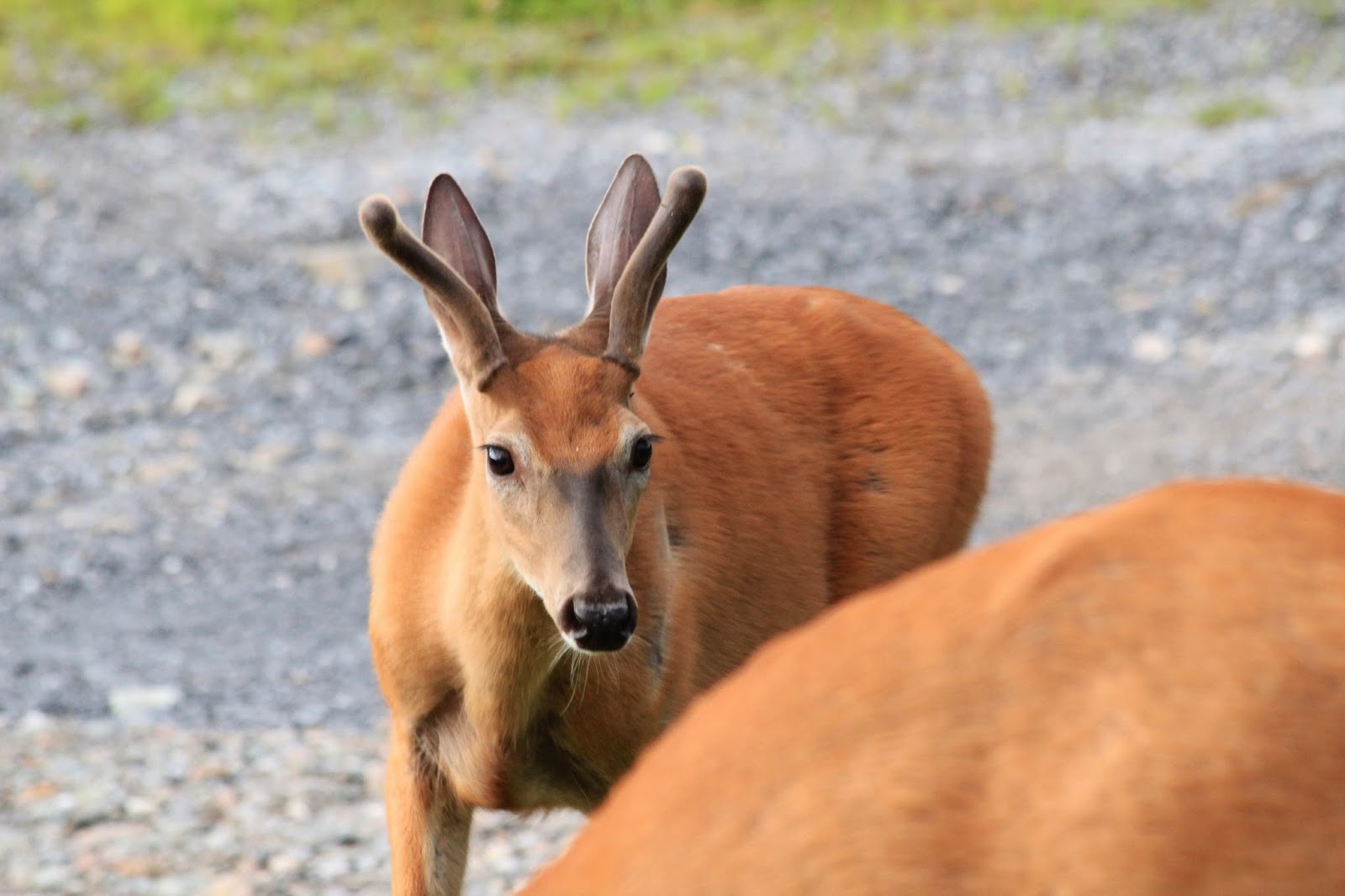 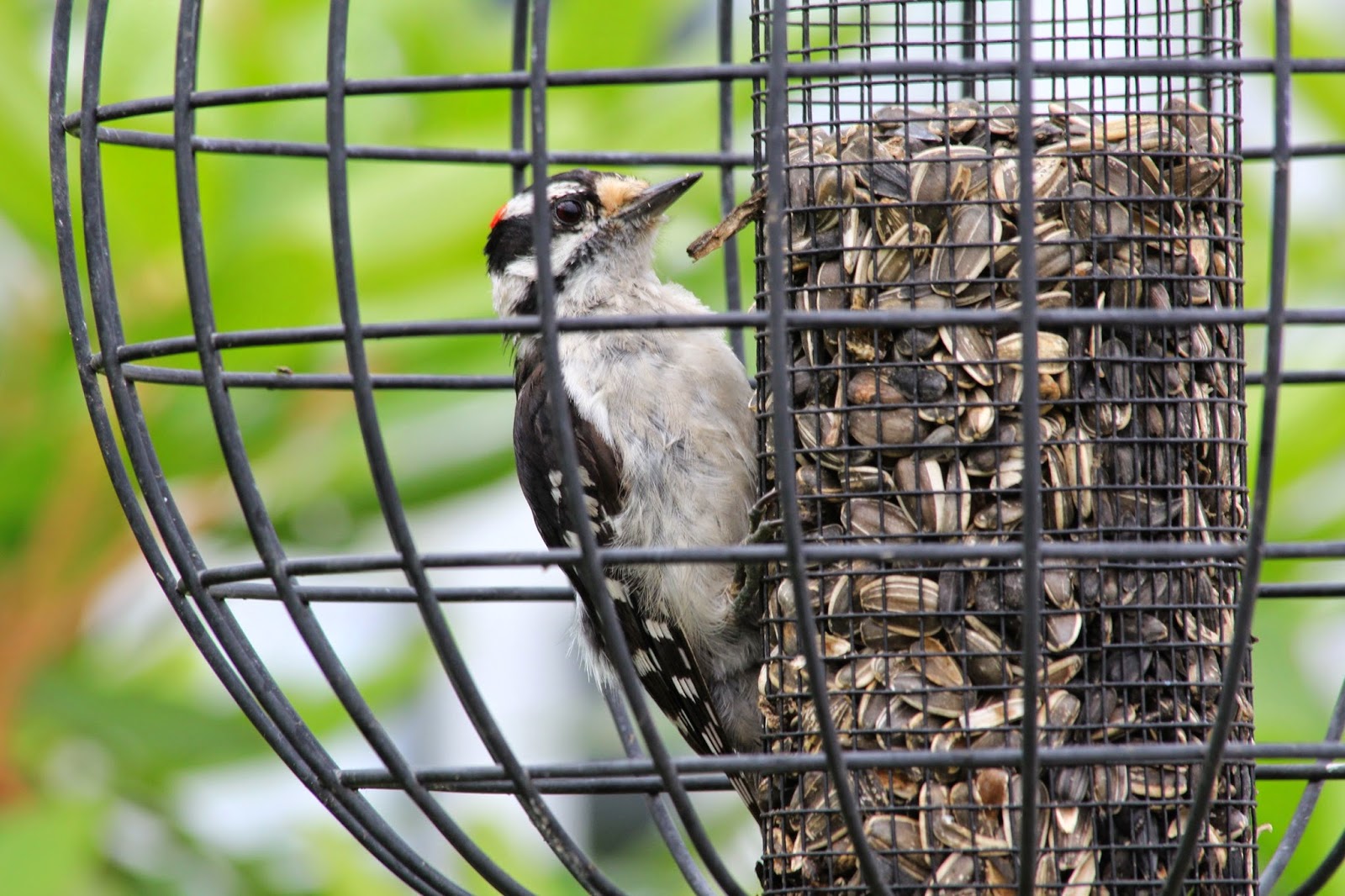 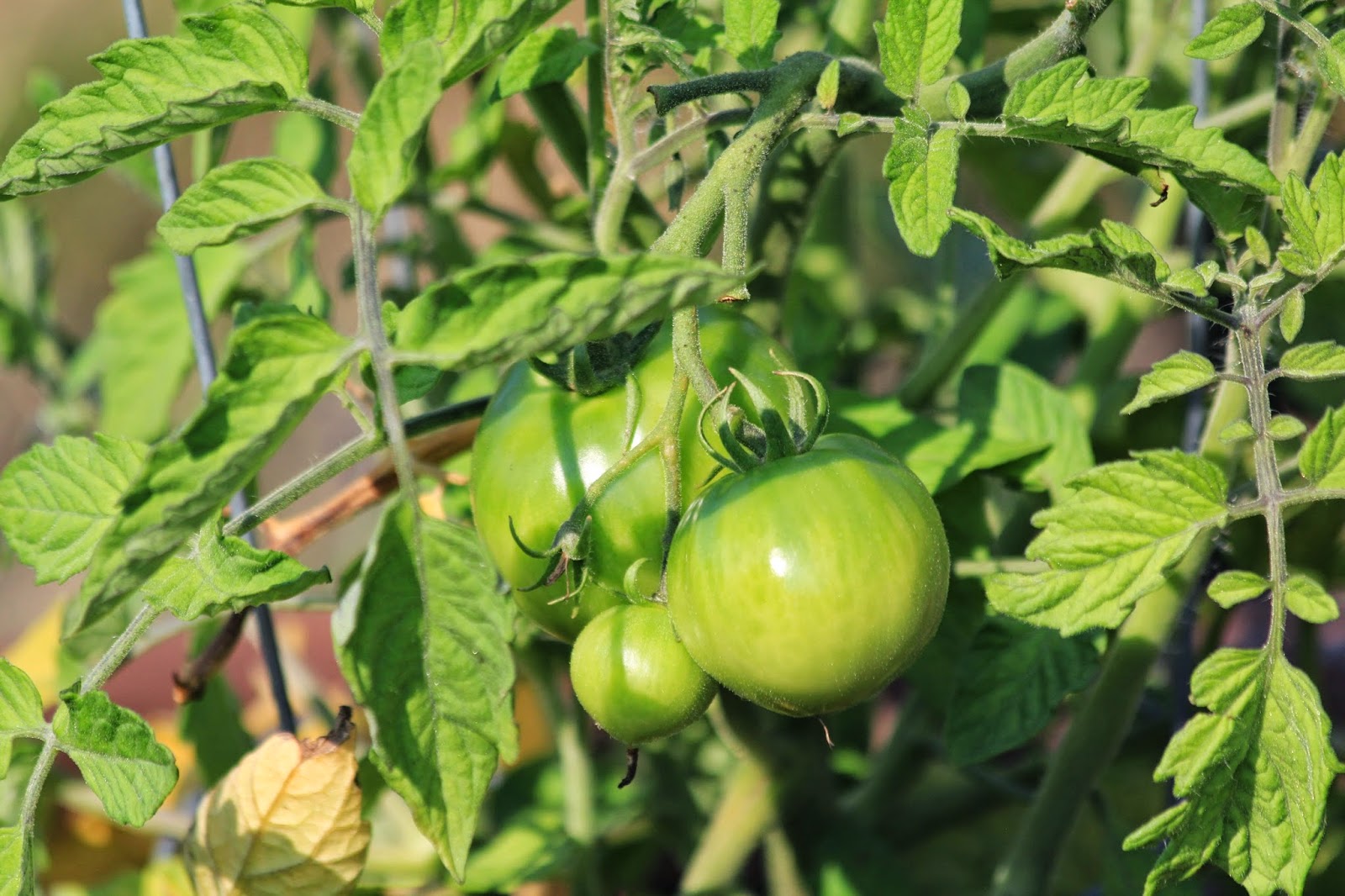 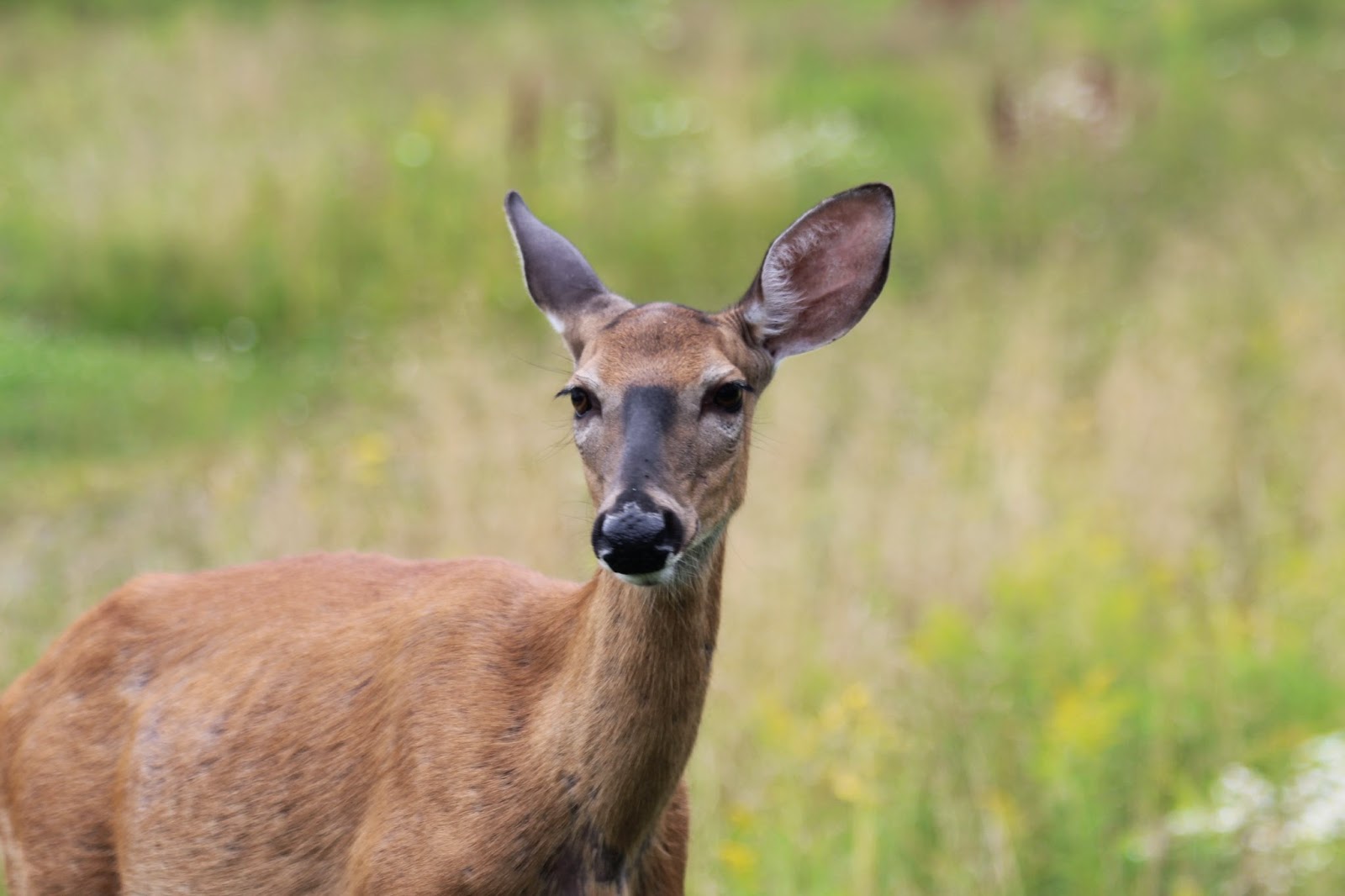 Posted by JavaChick at 8:59 PM No comments: