Belated [because the day is almost over].

It was a weekend of busyness. An enjoyable weekend. The weather was capricious - would go from sun to rain to sun again. But hey. What do you want? It's spring in the Maritimes.

What I really wanted to do this weekend was get out and buy some plants so I could get to work beautifying my flower beds. I didn't get to do quite as much as I wanted. Saturday was taken up by the BBQ, and it was rainy most of the day anyway.

Yesterday (Sunday), I had in mind that when I went out to do the grocery shopping, I would fill my little VW Rabbit with as many plants as I could cram in around the groceries...That was assuming I did the shopping by myself which is most often the case. But yesterday, Husband wanted to come along. He doesn't have much patience for garden center browsing, and though he is aware of my obsession, he doesn't really get it.

He is somewhat more interested in hanging baskets - there is a hook there on the front step after all. Can't have a hook with nothing hanging from it, now can we? So, I told him to pick out a basket while I picked out some plants. He picked out: 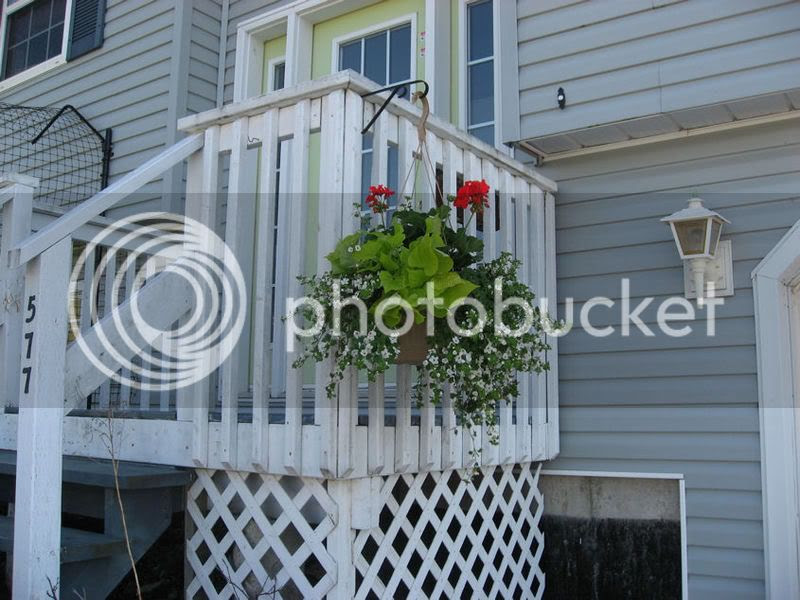 We also had some fun looking at the garden statues. We ended up bringing home a dragon: 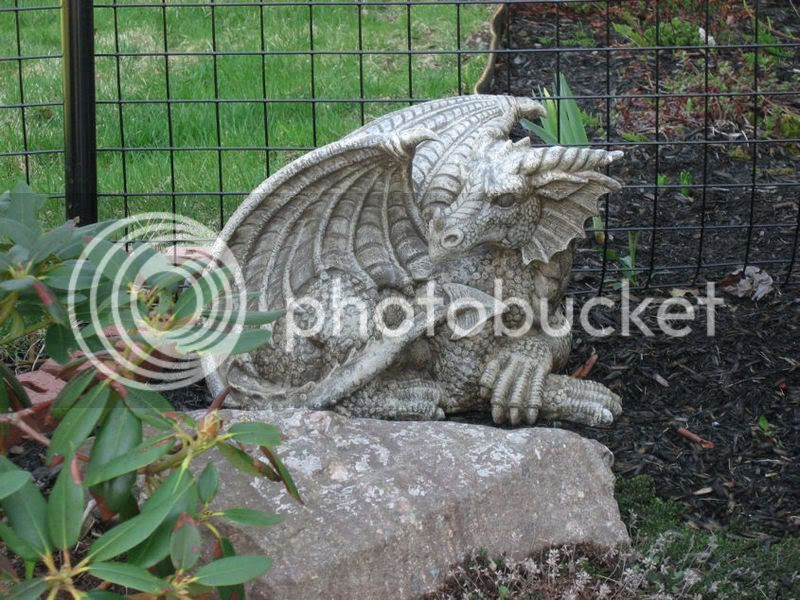 This is as many plants as I managed to pick out before Moon said "Let's go." 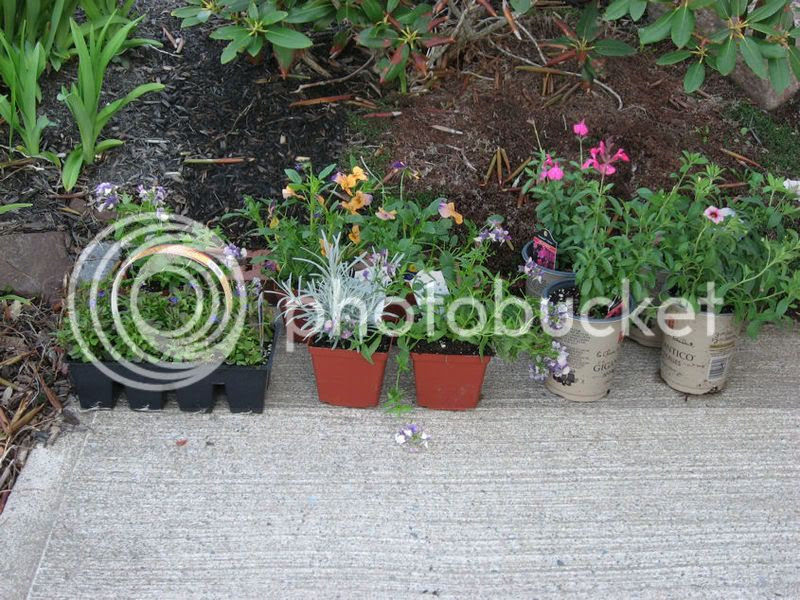 Which is nowhere near enough.

Though it had been rainy late morning to midday, by late afternoon it was sunny. After supper it was still beautiful out. The sky was so blue, I couldn't resist this shot: 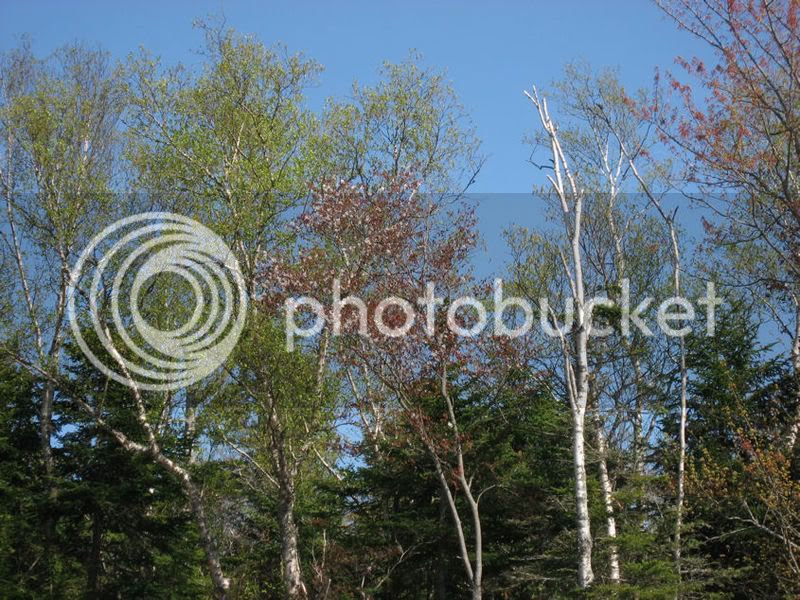 And then I went out to play in the dirt. I took a before shot of the flower bed I was working on: 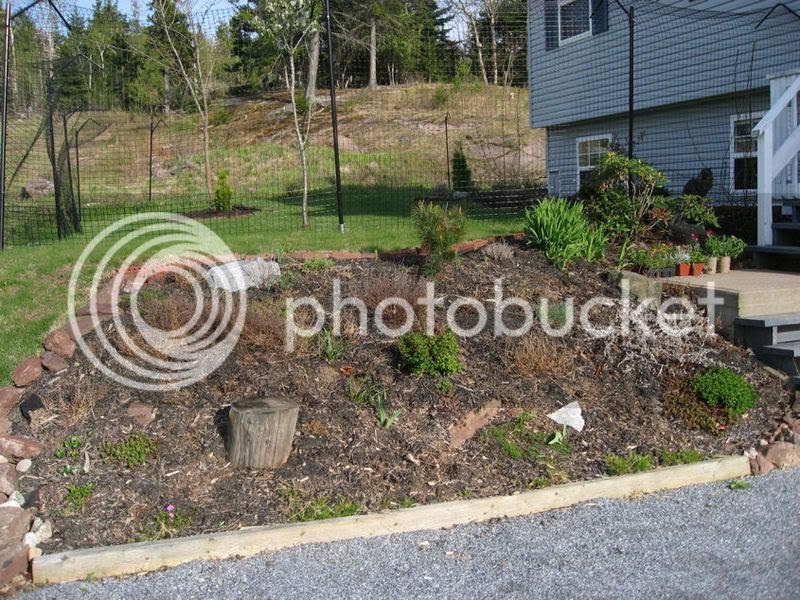 I hesitate to call this after, as I am nowhere near finished here, but I cleaned it up and put in the first batch of new flowers for the season. It was getting late when I took this, so the light wasn't great: 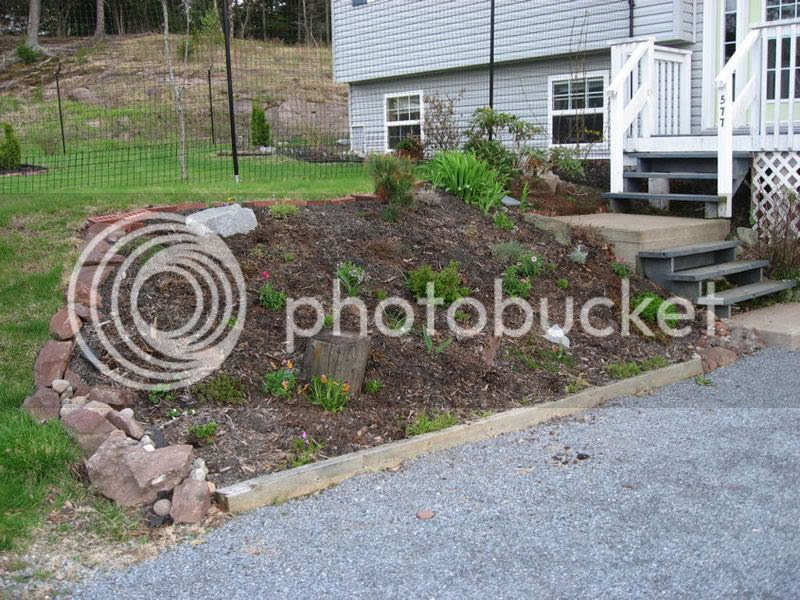 I took another one this evening, while the sun was still shining on the front of the house: 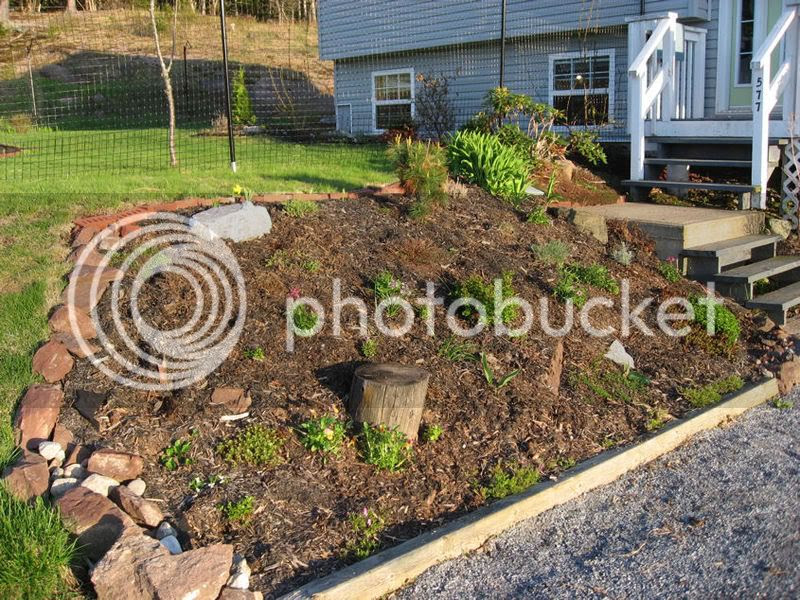 Kind of hard to see much of a difference in the before & after at this point, but I will get some more plants to put in and once things have a chance to grow and fill out a bit, it will look nice.

I did take some close up shots of some of the plants, but this is probably enough photos for one day. I may post them in future posts this week. We shall see.
Posted by JavaChick at 8:35 PM

It's starting to look so colorful and pretty! Looks like the husband did a pretty good job on the hanging plant and the dragon statue is great.

Love the hanging basket your hubby chose! And the dragon is awesome. Your flowerbed is going to look great.
The Bag Lady did some gardening this weekend, too, but didn't go to the greenhouse for her annuals yet. She can do that during the week when it won't be quite as busy as it would have been this weekend!

did ya get the cardio in yesterday?
plan to today?

Thanks for the compliments ladies, I am itching to get more work done out there, but not sure when I'll have a chance.

mizfit - I did weights last night, will do a cardio session tonight. I can see that you won't be letting me get away with anything, now will you?

I think it is a lovely garden! I love the hanging plant too!!!

Lookin' pretty good! Way ahead of me thats for sure... I still have to finish cleaning up my beds as that is how far behind I am. :(

Your flower bed is going to look so nice. :)