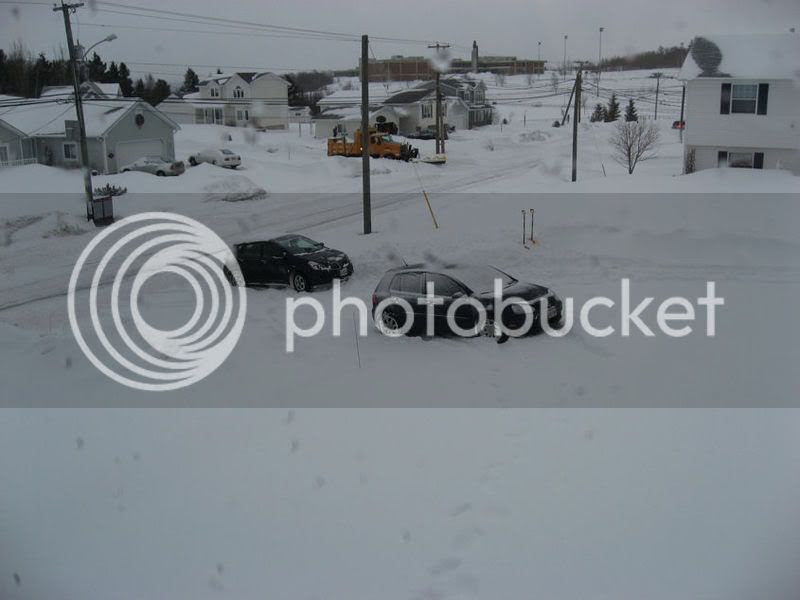 We came home early ~ somewhere around 3-ish and worked from home for the rest of the afternoon. I was glad we did and avoided the after work traffic because there was definitely some slipping and sliding going on during the drive home.

So Husband and I settled on the couch with our laptops. Normally he would sit at his desk, but he said it was too messy. He had to dial into a conference call for work, and he put it on speakerphone. Have to admit, the droning was getting to me a bit - it wasn't a discussion or anything, it was one person giving a presentation of some kind. It was kinda irritating to listen to. Apparently it was getting to George too, and it made him a little crazy; he got up on the back of the couch and... 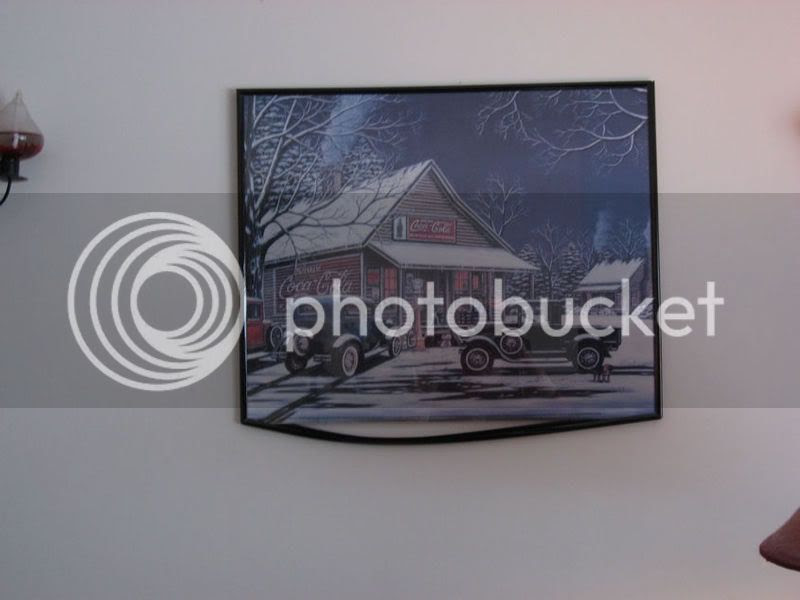 Well, picture frames are not supposed to look like that are they?

Ok, so it's just a cheap print that I bought years ago while living in my first apartment. But it's doing it's job, taking up space on the wall until I find the perfect artwork for that spot (someday it's gonna happen, I just know it)...Sigh. I guess if the cat was able to bend it out of shape, we should be able to bend it back into shape.

On the bright side, the days are definitely getting longer. It's now light enough in the mornings that I can drink my coffee by the living room window, watching the deer. 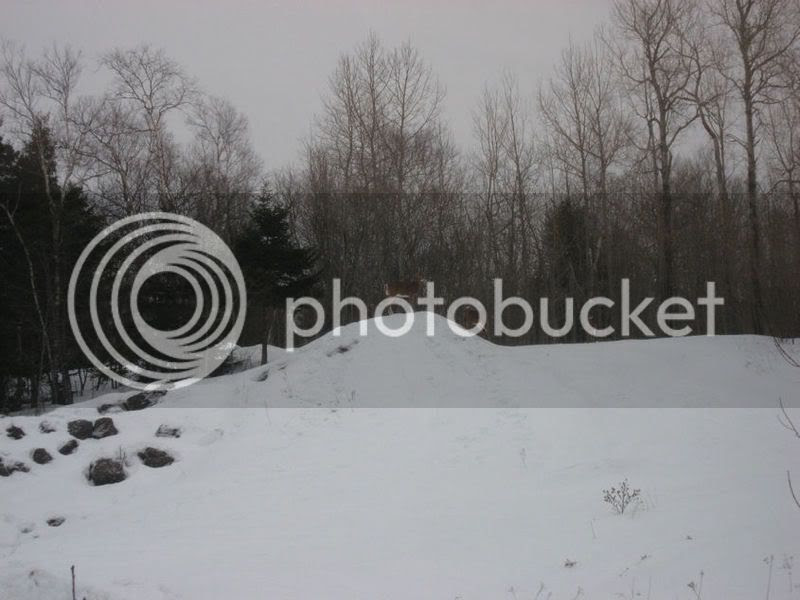 Wasn't it nice of them to pose for me? 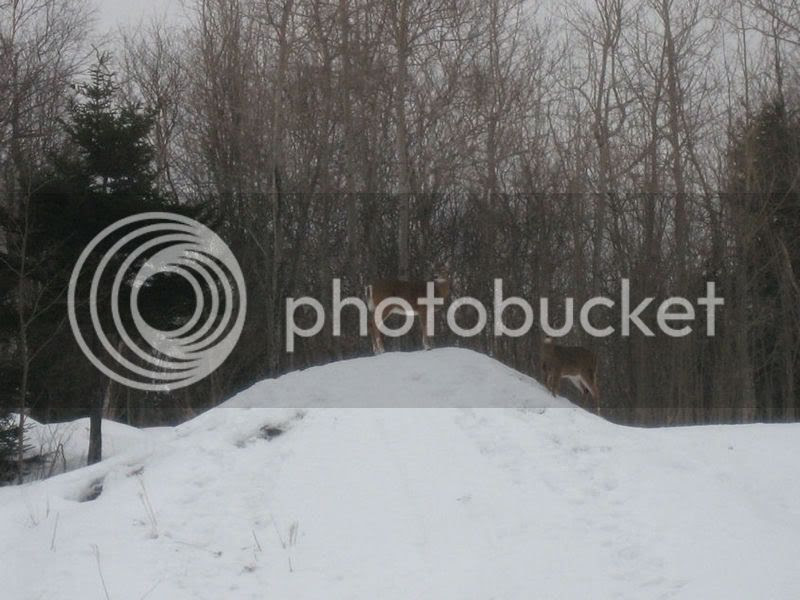 for some reason the sentence about you and the hubby settling with the laptops sounds SO COZY it makes me miss snow days.

And, um, your cat did that to the picture on the wall???? Yikes.

The deer are beautiful. Stay warm! Too bad about the picture though :(

Who knew your cat was into interior decorating? He must have decided he preferred a slightly softer look to that picture frame!

Hope you have a great weekend!

just checking on you, Woman.

everything ok?
snowed in? :)