I’ll own up. I like Kraft Dinner. We don’t eat it often, but we usually keep a box around for emergencies. We had one of those occasions recently (i.e. too tired and lazy to cook real food) and went to the cupboard to discover that we were mac-and-cheese-less. Somehow we survived.

However, when I  happened to be in Sobey’s on Monday, perusing the Organic Food section (because that’s entertainment for me) I discovered Annie’s Macaroni & Cheese on the shelf. I’ve seen it out in blogland of course, but this is the first time I’ve seen it in a store around here. 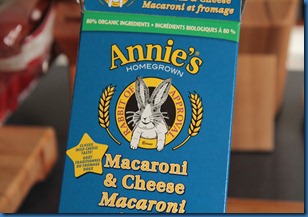 So of course I had to pick up a box. And knowing the box was sitting in the cupboard, we had to try it this weekend.

I have to say it – I love the bunnies on the packaging. 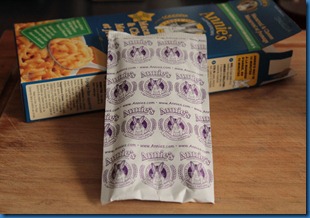 I did find that the cheese mix got lumpy when I added it into the milk, according to the instructions on the box. A whisk fixed that though. I added some black pepper because Kraft Dinner is not complete without pepper, and why break tradition? 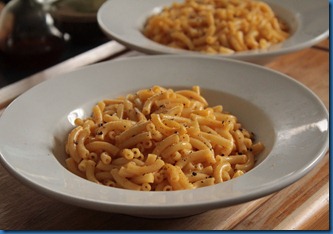 I wouldn’t say that it tasted exactly like Kraft Dinner – not quite as cheesy? But I liked it and I’d be willing to make the substitution on a regular basis for a boxed mac & cheese that is a little healthier. 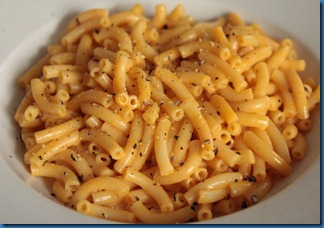 Husband said he couldn’t tell the difference between this and KD, but he also said he’s not the connoisseur of mac & cheese that I am.

I will be picking up a couple more boxes the next time I’m in Sobey’s. Speaking of which…I am a Superstore shopper. I’ve just always preferred their stores for some reason. But I’ll go to Sobey’s if there is something I can’t find at Superstore. Over the past couple of years, I’ve found Superstore has stopped carrying some things that I like. What’s up with that Superstore? Yes, there are alternative products, but when I like something I like it and that’s what I want to buy.

A couple of those things being Olivina margarine and Billy Bee Honey Mustard. And while perusing the shelves at Sobey’s, we discovered these infused oils. I picked up the Lemon one a couple of weeks ago. We’ve been using in on salads and liking it, so while I was there this time I picked up another bottle of Lemon and one of the Basil to try. 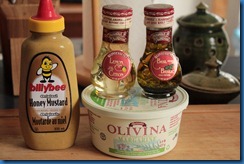 Sobey’s also has a better selection of Liberte yogurts and I picked up a container of Mediteranee in plain, as well as the Coconut one which I love. I have way too much fun in grocery stores.

Posted by JavaChick at 8:41 PM

I love grocery stores too :) I find Sobey's more expensive then Superstore, but I haven't shopped there in a while, perhaps I should revisit. Thanks for the review - my kids love their KD and I'd love to find something just a tad healthier for them to love :)