I wrote a whole long post yesterday, and then decided to scrap it. Basically, it was all to say that I am back in yoga mode at the moment, specifically sun salutations.

I remember when I was first learning Sun Salutations in yoga class. It felt so awkward, and ungraceful. What was this flow they keep speaking of, I wondered, as I was flinging my body from one pose to the next, trying to keep up...Forget about moving with the breath. Then suddenly it just clicked and I was flowing.

Of course I could change my mind tomorrow.

It also kind of feels like my exercise routine is back and I didn't even notice it happening. I've even made a point of doing some workouts on the past couple of weekends, which is one of those things that comes and goes. So I'm feeling good about that for the moment, and hoping it lasts.

Now let's just hope the time change for daylight savings does not mess me up!

I was looking through some old digital photos last week, and I found baby pictures of my Fabulous Felines. It's hard to believe they were ever that small! And I had forgotten how they used to snuggle up together and sleep; they haven't done that for a long time.

These were taken end of August/beginning of September 2002. Zappa was a little fluffball from the start, but we thought Frank was going to short haired. 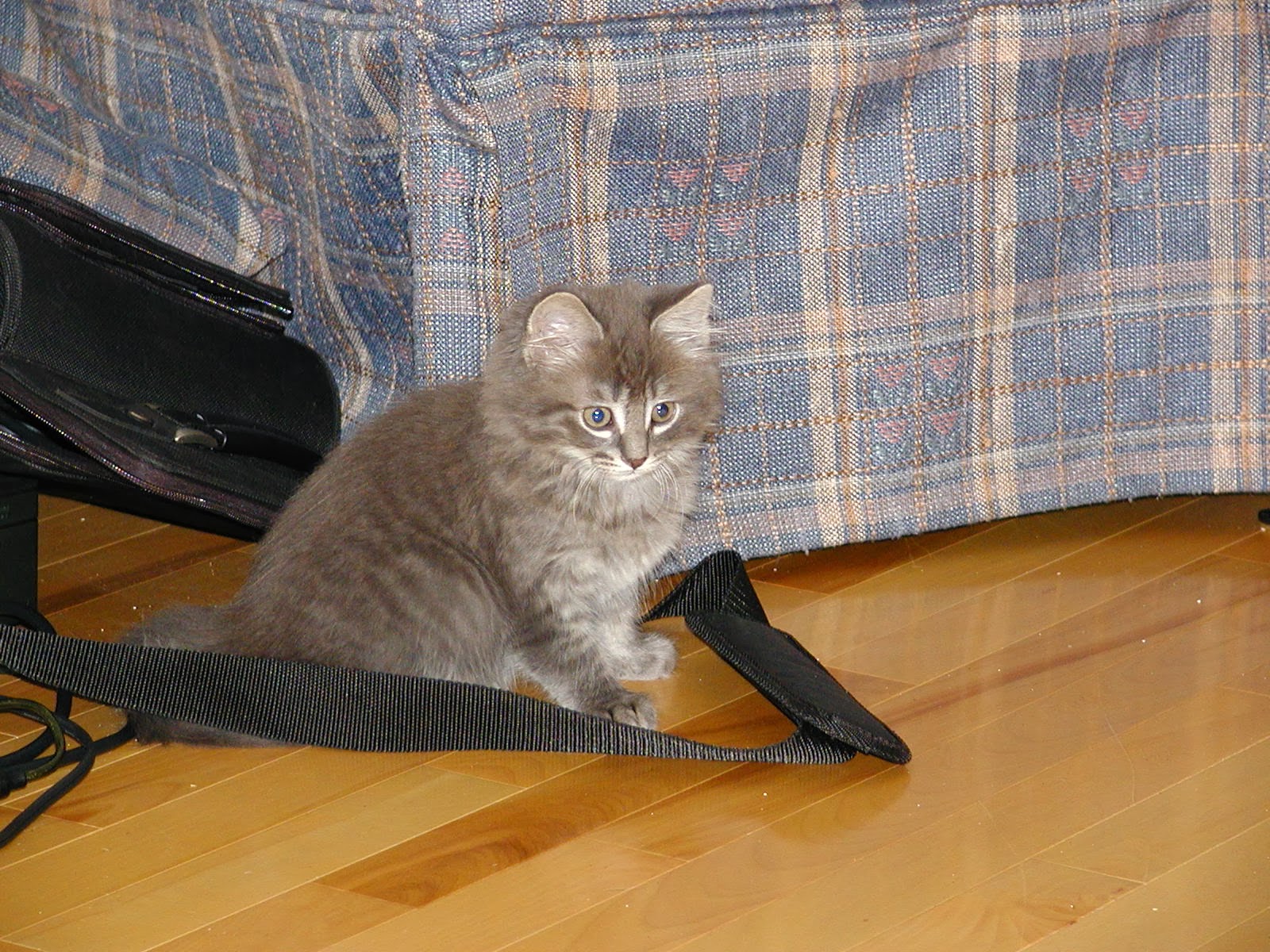 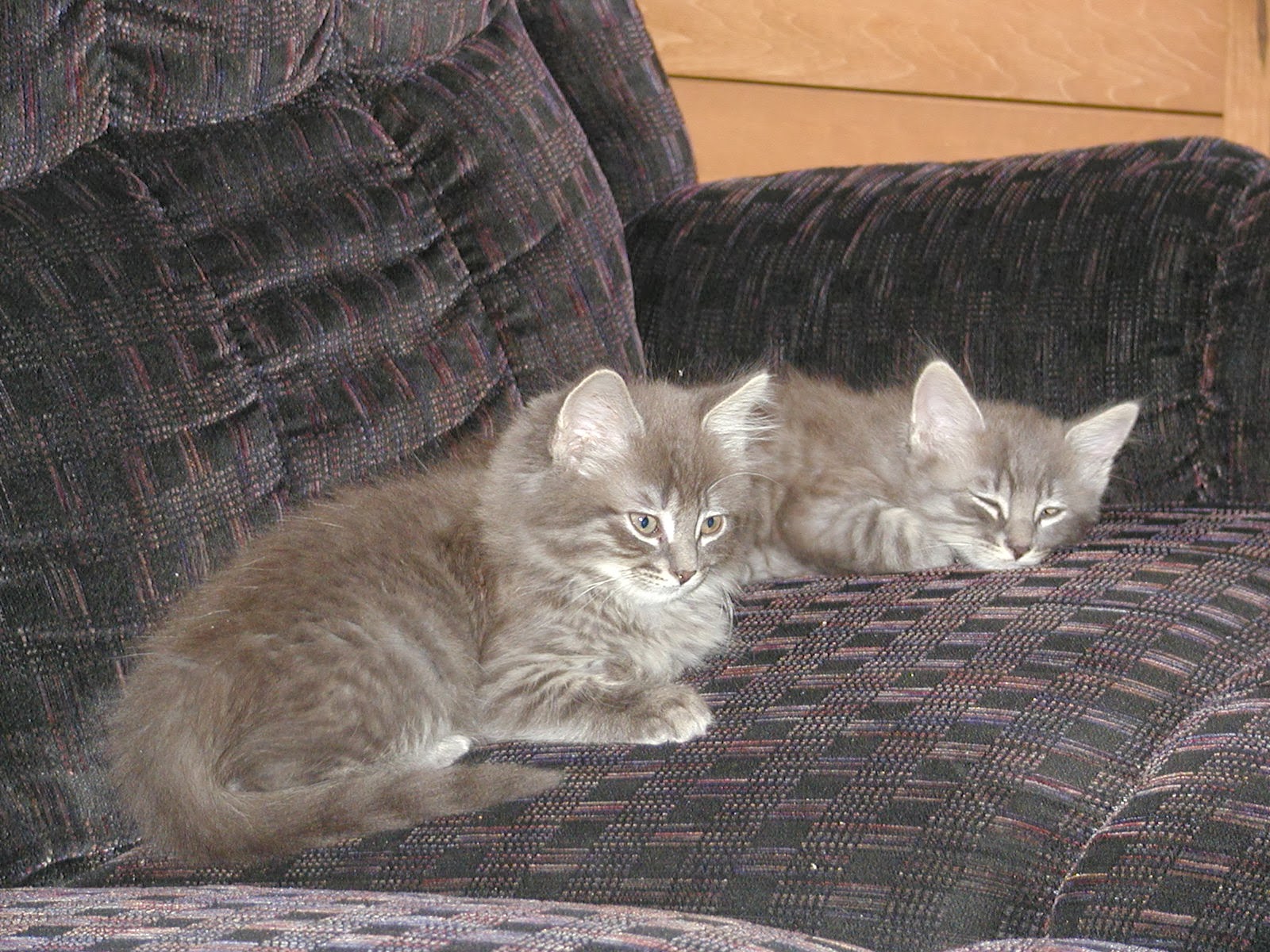 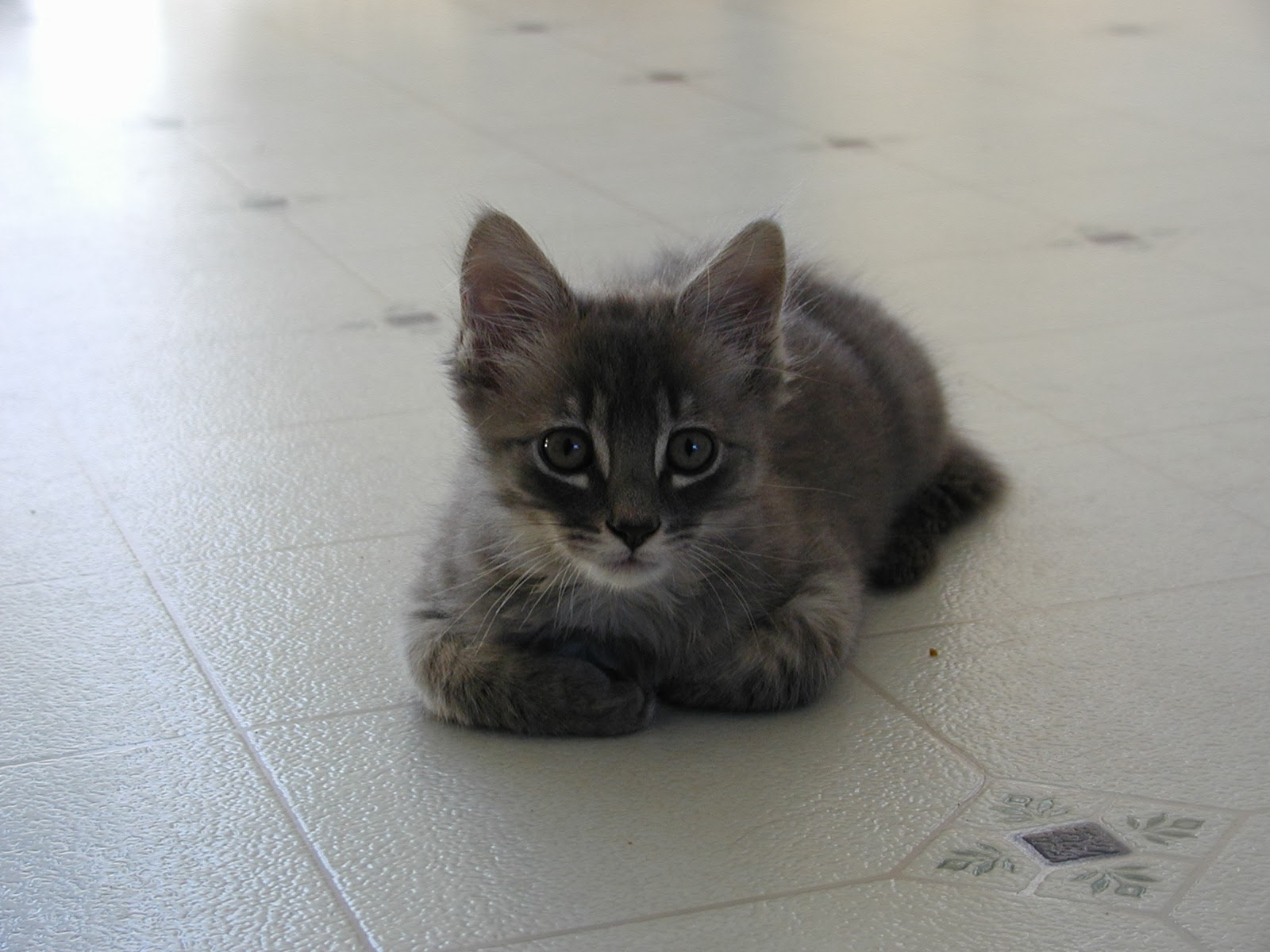 November 2002 - 6 months old at the most, and they were already about the size I would have expected them to be when they were full grown. I remember a friend dropping by who hadn't seen them in a while and he couldn't believe they were the same cats. It took them a couple of years to get to full grown, and now they are twice the size of the average cat. 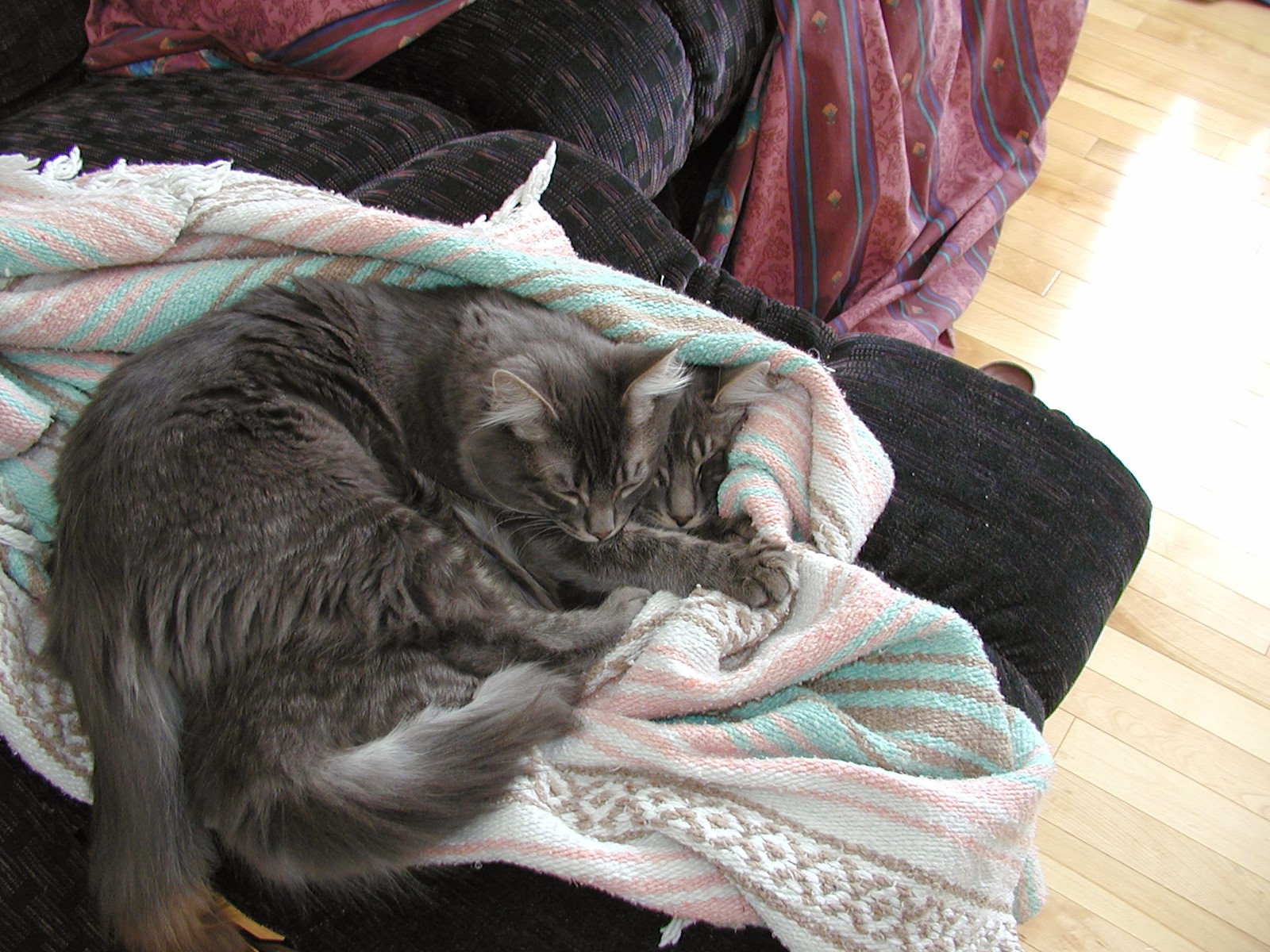 I miss that sofa. It was way too big for our living room, but the cats used to curl up with me - Frank on the foot rest, snuggled up to my legs, and Zappa on my lap.

Sun Salutation and Moon Salutation are the foundation of my yoga practice (meaning I do hardly anything else on a regular basis.) Keep it up!

Love that the exercise found its way back without you having to make a big deal about it!

And the baby kitty pics are adorable! What a fun find.

Your cats are so cute! I'm jealous I really want a cat or dog or lots of both hehe. I love Sun Salutation too, I always find it challenging. I have not practiced yoga in months and months.