I hate returning things, I always feel vaguely apologetic about it, and I'm not very good at standing up for myself. I honestly was not expecting that kind of reaction. I've worked in retail. When someone buys something and it comes apart right away, it's not surprising they'd want to return it. Unfortunately, I also have a pretty slow reaction time. I said if they could fix them that was fine, and I also requested they ask the seamstress to check the other seams.

After I walked away it really started bugging me. I'm not sure if that really is the policy at Sears, or if this person was misunderstanding, but in any case it didn't feel like very good customer service. She did not seem at all concerned about the fact that a brand new set of sheets had a seam come apart in the wash. I don't know. It was just bugging me and I guess I wanted to know that other people would have done the same thing.

Anyway, enough of that.

After work today, we stopped at the superstore ti pick up a couple of things, and on the way out I saw they had planters of crocuses and daffodils. It made me smile, so I thought I would pass it on: 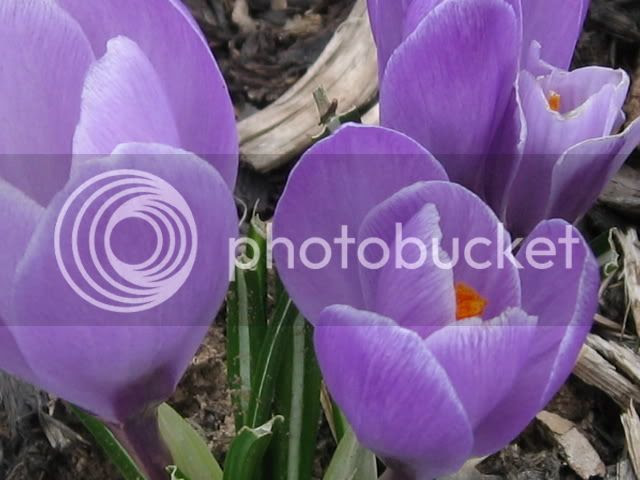 Because right now, my world is looking like this... 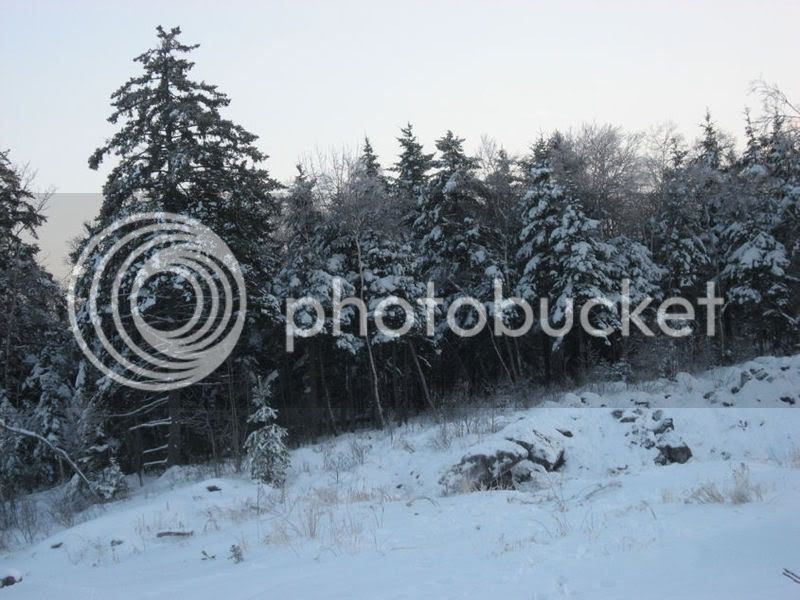 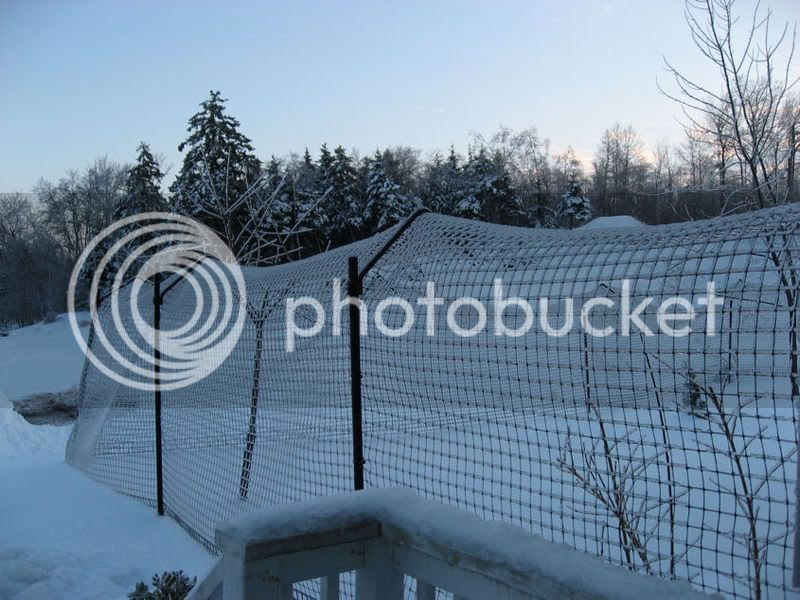 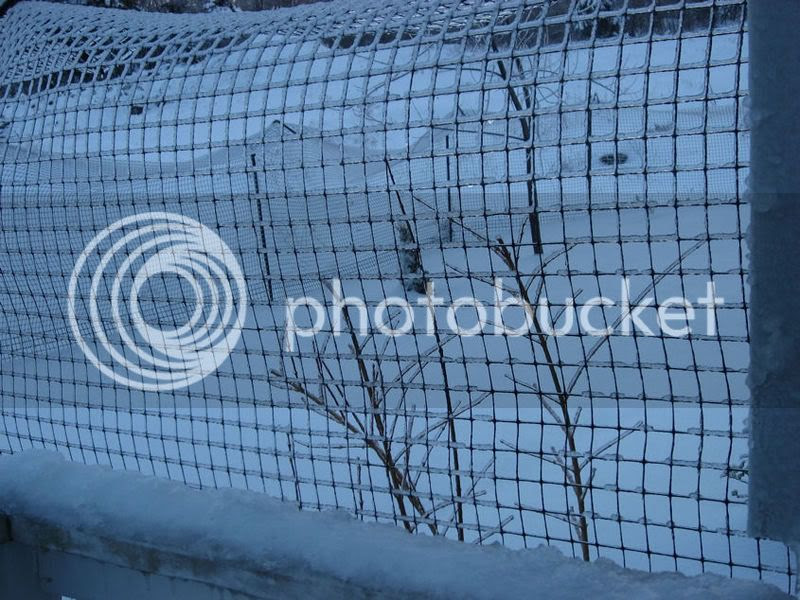 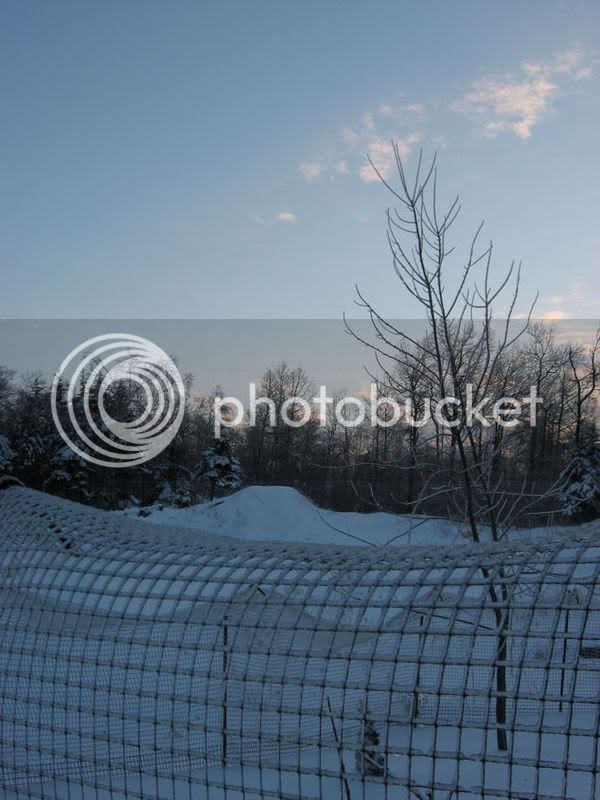 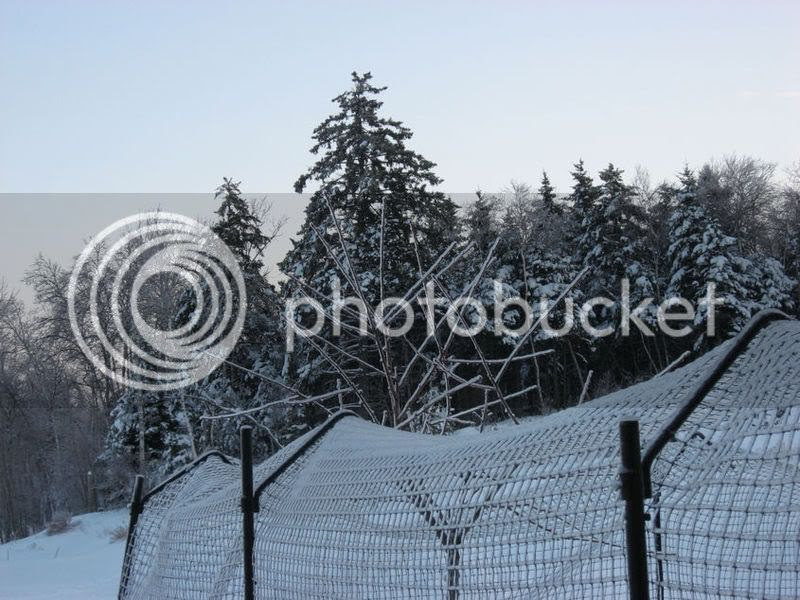 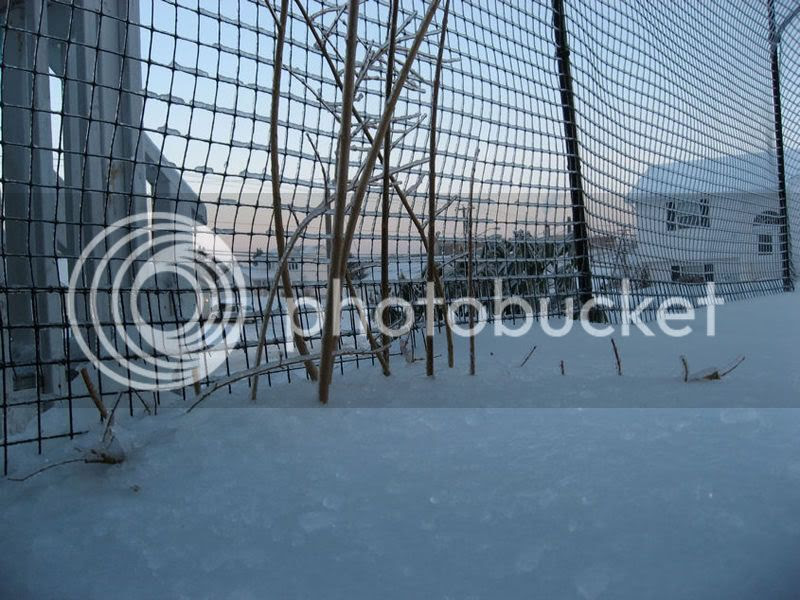 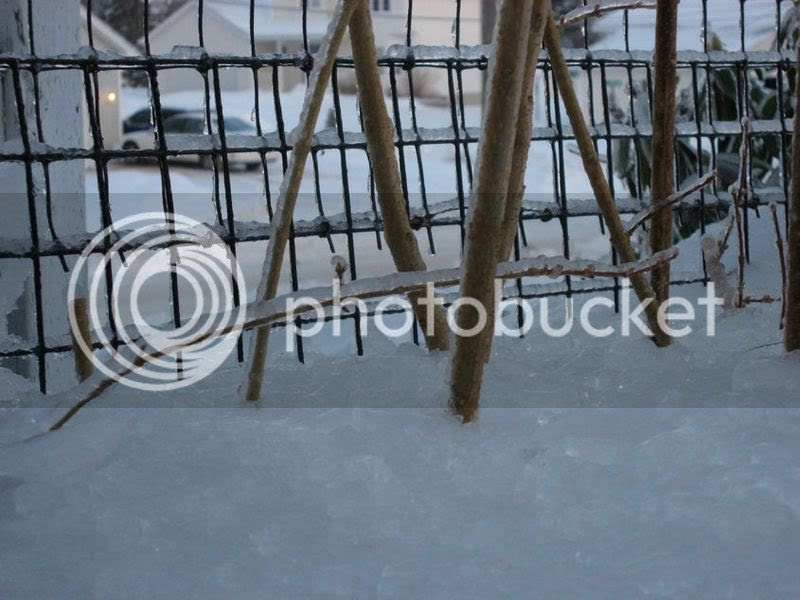 It snowed all day Sunday. Then warmed up and turned to rain over night. Then the temperature dropped again by morning. Everything is covered in ice.

Crocuses and daffodils are seeming a long way off.
Posted by JavaChick at 8:48 PM

I'm the same way about returning things... I hate it and always feel a bit sheepish even when I have every right to bring something back.

But I've been lucky enough not to have such a clueless sales person making the experience even more uncomfortable. I can't imagine her giving you any guff for returning an obviously defective product!

ooooooooh. I love the splash of purple.
loove.

and I guess Im not surprised about the sheets and it's that kind of thing which reenforces my wimpiness about returning!

Im confident with my pack of sewing skills I could NOT have fixed them **nor should you have had to!**

Oh, man, now you've got MY back up and they aren't even my sheets!
I am the same way about returning things (or complaining about poor service, etc.) but that is simply not acceptable.
If I were you, I would do at least one of the following (and think you should do all of them!):

1) Complain to the manager of the store about the response from the employee in question. The fact is that whether or not the sheets could be fixed in a simple manner is NOT the point. The fact is that brand new sheets should not have come apart at the seams in the first place!

2) Write a letter (or email) to Sears head office and complain about a) the sheets coming apart and b) the response you received from your local store.

3) Write a letter (or email) to the manufacturer of the sheets, complaining about the fact that they came apart after one washing.

Any reputable company would want to be aware of the fact that their product is defective. Writing a letter to them is to their benefit.

Thanks for the crocus picture - it really cheered me up. Or can't you tell from my cranky comment today?

Wow-you're more polite than I am :)
Considering the instructions for all new sheets include washing before use, you are only following manufacturers instructions. How simple they were to fix is not the point-they were defective. I hope the sales lady was having a bad day, as I'd have pushed it for new sheets and asked for the manager if the person got scruffy (but then I have bad luck at getting a lot of defective merchandise and have gotten quite skilled at the art of returns).
Maybe because it was the tail end of christmas gift return madness??

Thanks ladies. I wondered if I was overreacting, but it's good to know others see it the same way. I do realize at this time of year they may be getting tired of returns, but it is part of their job. I may very well send a letter/email off to Sears.

You're right about the flowers- but today I went for a skate and there was gorgeous horfrost on the trees. So there's beauty in the snow, too!

Returning things can be awkward, but when it hasn't been made well, then you should be getting compensation for it!