After my lazy first five days of September, I am back in the workout routine, as evidenced by weights all over the floor instead of neatly stacked away in their storage area. 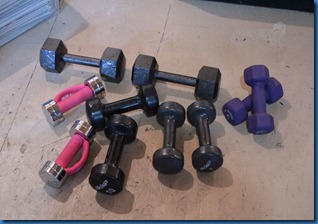 Speaking of which; remember back in January when I reviewed a couple of Jackie Warner DVDs? You’re forgiven if you don’t. I recently picked up a third Jackie Warner DVD that I’ve been doing about once a week, and the Power Circuit Training DVD is back in the rotation. And I also happen to have the New Rules of Lifting for Women sitting around, which is Charlotte’s September Experiment. 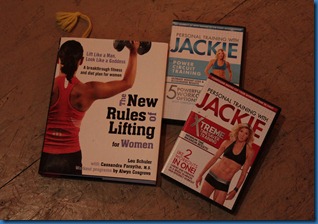 So I am currently kind of torn. I feel like I’m in a pretty good groove right now. Coming home and firing up a DVD is a no-brainer workout and I like that the Jackie Warner DVDs are a good workout in a short amount of time. But, I’ve meant to give the New Rules of Lifting a try and this might be a fun time to try it out. So I don’t know. We’ll see how things go I guess. I find my exercise routine can be very mood-dependant.

In other news…Found at Costco: 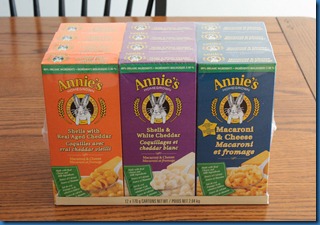 Husband may have laughed at the way my eyes lit up as I homed in on the display, hands eagerly outstretched. He just does not understand the importance of Mac & Cheese. Also? $11.99 for 12 boxes which is a whole lot better than the $2.59 I paid for one box at Sobey’s. Run to Costco! Go now!

The latest in the Feeling My Age Chronicles – blasts from my past. 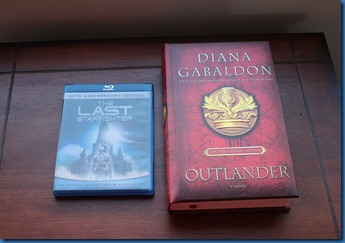 Ah, the good old days. I remember renting The Last Starfighter on LaserDisc. 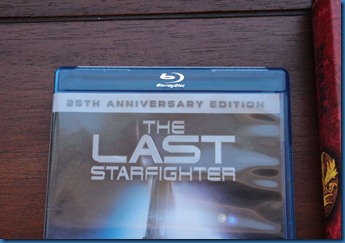 Okay, well I was a teenager when that movie came out. But then… 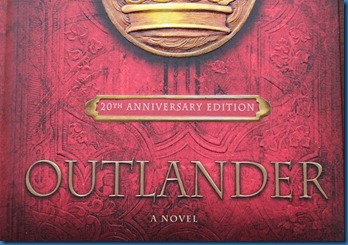 Another anniversary edition. All within a week. Because the original edition of this novel? Is on my bookshelf. 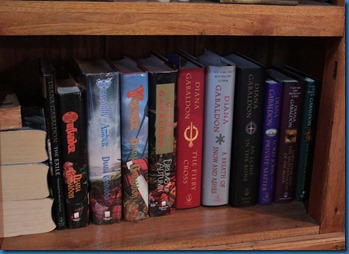 I remember picking it up off a sale table….well, I guess somewhere around 20 years ago now.

It’s funny how it can feel like things were a long time ago, yet not at the same time. Anyone else ever feel that way?

It felt a lot like fall this weekend. It was sunny but the air has that feel to it. We barely even had summer. I hope we have a beautiful, warm fall to make up for it. 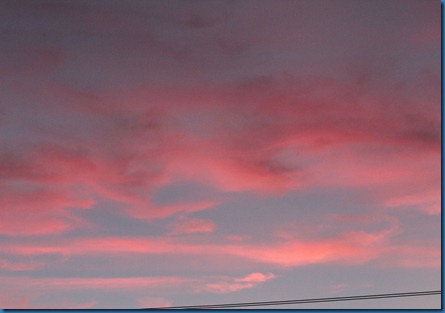 Posted by JavaChick at 9:45 PM

Workout DVD's, Costco deals, lovely sunsets... I love your posts, always so much fun stuff in them!

I ate at California Pizza Kitchen recently and ordered my fave salad. My friend got mac n cheese, which I teased he for because it seemed ridiculous, like something a 4-year-old would eat. Umm...it was insanely delicious and I basically hoovered half her meal off of her plate.

Crabby - thank you so much for the compliment.

Leslie...Oh Leslie...Mac & Cheese is pure wonderfulness. Obviously homemade with real cheese is best, but boxed will do when you want quick & easy. :)