I love it when a plan comes together...

But that's not what happened last night.

I had defrosted chicken breasts for supper, and I was envisioning a big salad, made with lots of salad greens, topped with grilled chicken...

Anyway, I decided it might be time try some lettuce from the garden. When I went out, both cats came running. Funny guys. 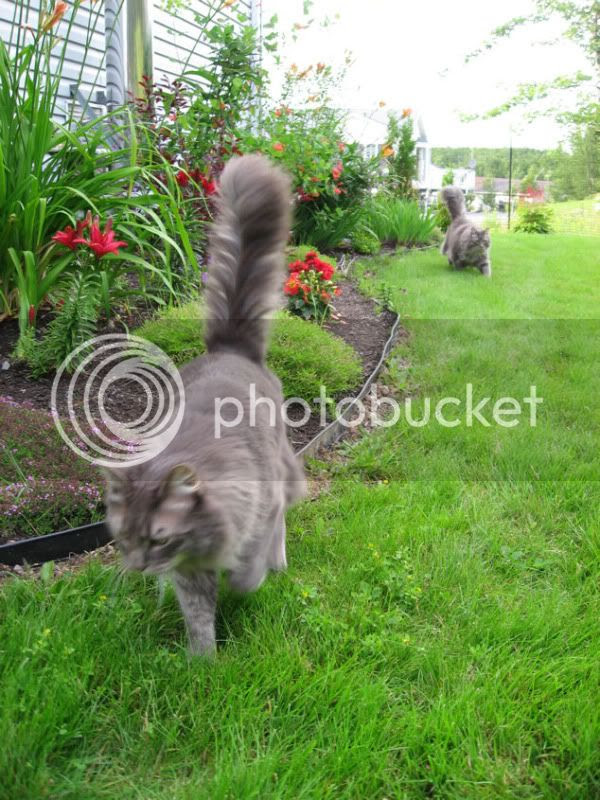 The lettuce is still small, but I figured it wouldn't hurt to thin out a few heads. 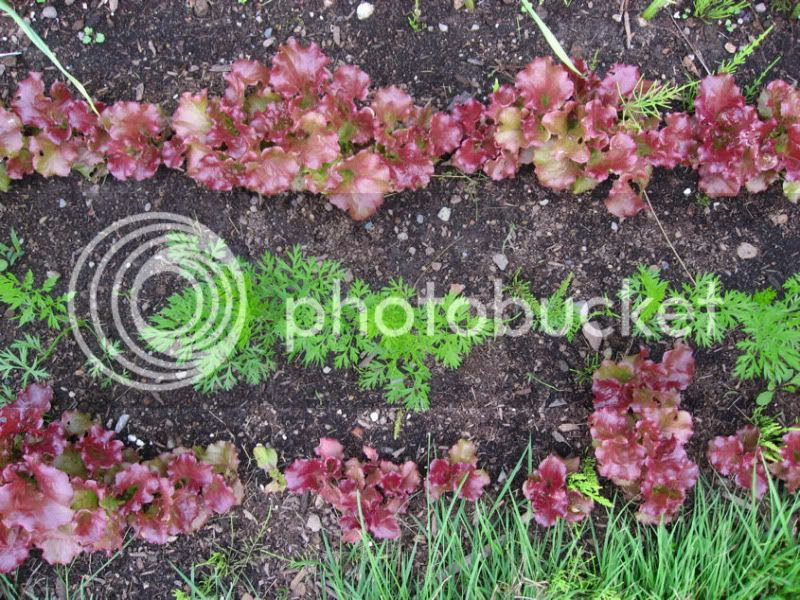 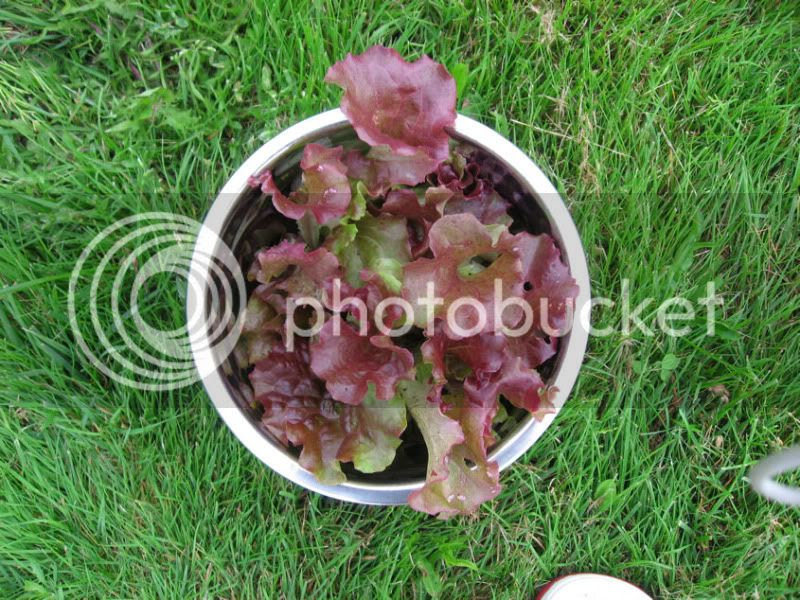 I also added a bunch of basil from my containers on the deck. 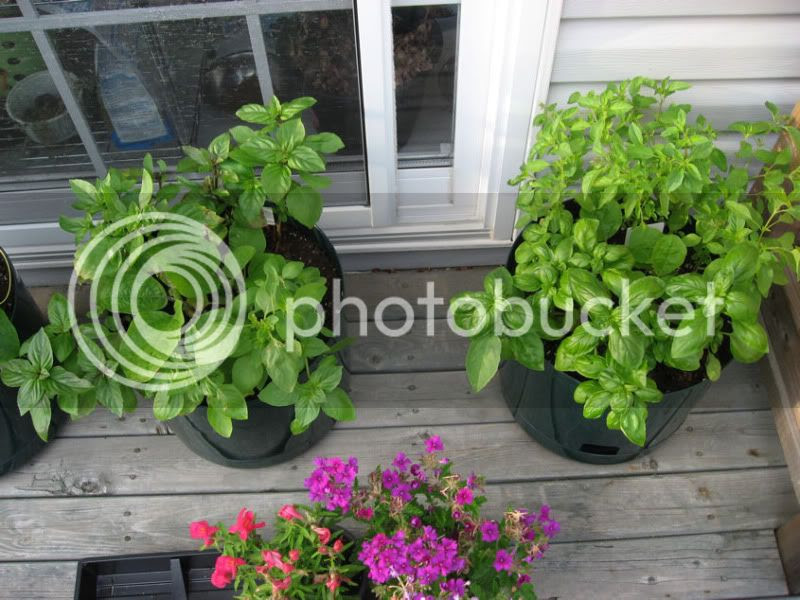 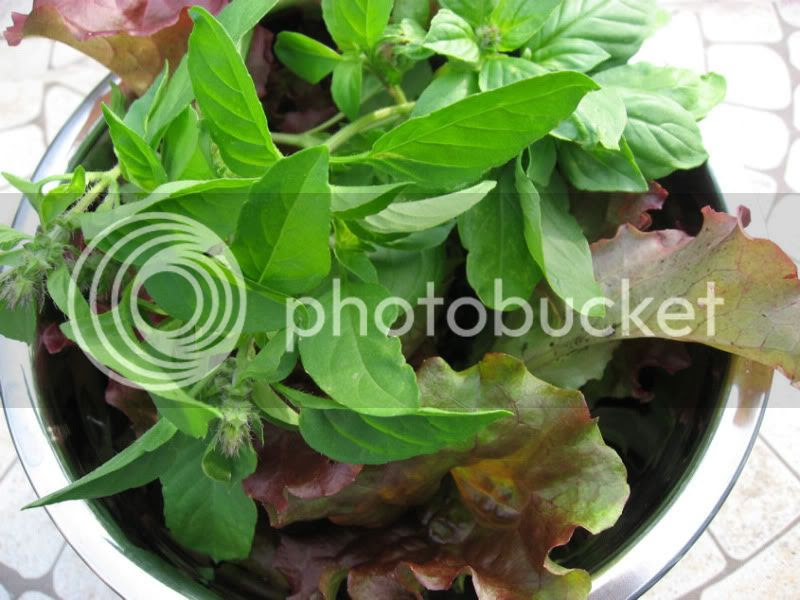 In the mean time, Husband decided he didn't want to grill the chicken, he wanted to bake it, and he wanted rice. So this is what we ended up with: 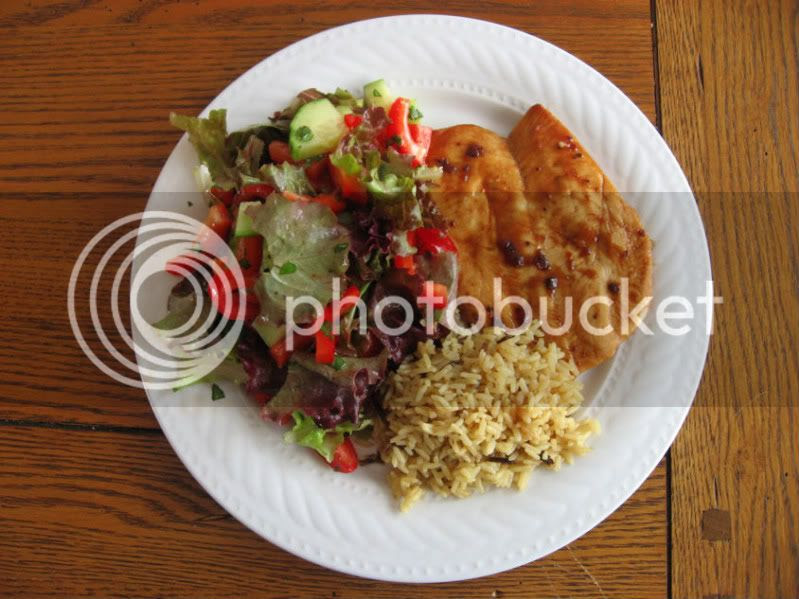 I had picked up a bottle of the President's Choice Tangy Pomegranate grilling sauce/marinade, and we tried it out on the chicken. It sounded good, but I didn't care for it. I liked the fruity-ness, but there was another flavor there that I found unpleasant; it was sort of like dirt. So I only ate half the chicken and Husband ended up finishing it off. The salad and the rice were good though.
Posted by JavaChick at 9:53 PM

Labels: Eats from the Garden, Garden 2009

I would love to have fresh lettuce in my back yard! Must learn how to put in a garden for next year. I'm always so envious of your pics! :)

I'd love to know how you managed to get fresh lettuce without fresh aphids! Have you trained the cats to hunt them? ;)

That looks fabulous, even if the sauce didn't taste the way you had hoped!
My lettuce didn't grow, but mother-in-law says hers is threatening to take over her garden, so I'll get some from her! Yum!!

Thanks for stoppng by my blog!!

Your basil .looks amazing! Great job on the garden!!

Your meal seemed to turn out pretty well in the end, except for the weird-tasting dressing. It's great that you have a garden with fresh veggies and herbs. They always taste so much better home grown.

Sometimes when a plan doesn't come together you still come up with something great :)