Today was not a stellar food-bloggy day. Part of my reason for going the food blog route (besides the fact that I like talking about food and garden season is over) was to help me get an accurate picture of my eating habits. I like to think that most of the time I do not too bad. Then there are days like today.

I had an appointment for a hair cut at 11 am. I dragged myself out of bed at 9 am – really wanted to stay there and sleep more – and stumbled around getting coffee and an English muffin for breakfast. Just made it to the hair dresser for 11:00. 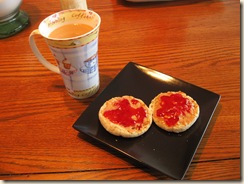 Finished there by around 11:40. Normally I would enjoy looking around some of the stores uptown when I’m there on a Saturday, but I just didn’t feel like it today (not want to shop? obviously I was not myself).

I did have to go out to Sears to pick up a parcel, so I did that. I walked through the furniture department because I have been wanting a new rug for the living room for over a year now but can’t seem to find one I like – I did see one today though so that was a little bit exciting.

Made a stop at Canadian Tire, then the Superstore for groceries, then home.

I had eaten breakfast around 9:30-ish. It was now after 2:00 so I figured I should eat something. I had just come from grocery shopping, I had a kitchen full of food, but I could not think of anything I wanted to eat.

The idea of listening to your body about when to eat and what to eat is a very popular one these days, but it really seems like mine has no idea what it wants a lot of the time. I ended up having about 8 oz of Bolthouse protein drink and some pancakes from a can (review to come). I also reheated and finished off the coffee from breakfast. My tummy felt satisfied with that. 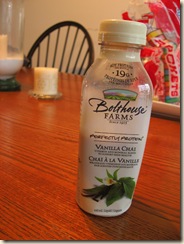 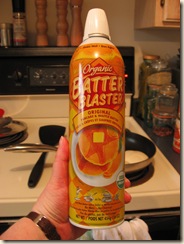 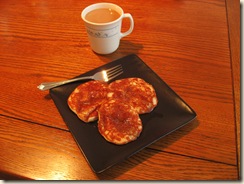 I really had no energy or ambition to do anything, but I feel like I can’t keep up with things as it is, and the idea of goofing off for the afternoon and getting even farther behind was not appealing either. So  I did some laundry and some tidying up.

Then I set about making Bean Balls for supper. Husband was going out computer gaming for the evening, I had been feeling sad to see my supply of Bean Ball lunches disappearing from the freezer (well, happy that I was eating them for lunches – sad that soon they would be gone), so when Husband said he would be out, I immediately decided on what I would be making for supper. At least I had Marinara Sauce in the freezer, so all I had to do was make the Bean Balls and heat up sauce.

Husband wanted to know what I was making.

“But that’s not meat balls.”

Aren’t I a nice wife?

Once the Bean Balls were all made, I went to get in a short workout. Very short – I tried out Circuit B for December and only repeated it twice, which took me about 15 minutes. That felt like enough.

I was up and down the stairs a few times after my workout and my legs were feeling shaky. After a 15 minute workout. I though perhaps I haven’t eaten enough. I had also realized during my workout that I hadn’t had any water all day – just coffee and protein drink. So, I pounded back a bottle of water and ate some Triscuits with Hummus before going to have a shower.

Then I cooked some noodles and had my supper. Broccoli slaw, Bean Balls & whole wheat spaghetti, topped with (sorry vegans, avert your eyes) real cheese. Normally I would go for mozzarella or parmesan on top of pasta, but we bought this Balderson Double Smoked Cheddar and I thought it might go well – it is very smoky and cheddar-y at the same time. 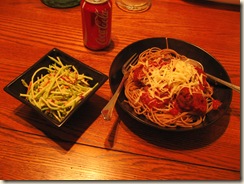 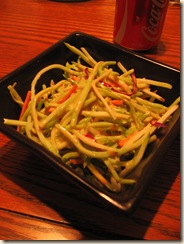 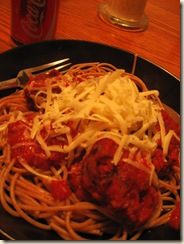 Along with my comfort food and comfort drink, I had some comfort TV (and if you are a Buffy fan, my post title should now make sense and tell you what I was watching).

I only ate about half the spaghetti because that felt like enough. And then a short while later I ate some cookies. And some baked kettle chips. Not because I was hungry. I really don’t know why.

Anyway, I got to thinking about my weekend eating because this is a pretty normal pattern – not necessarily eating all the extras after dinner, but not having a real lunch. I usually blame it on being too busy doing stuff and not wanting to take the time. But today I honestly just couldn’t think of anything I wanted. So I drank the protein drink because it was easy and ate pancakes because I’ll pretty much never say no to pancakes.

Sometimes I blame it on lack of a structured routine. I was thinking that I don’t have this problem during the week – my lunch and dinner is usually all planned out and when lunch time rolls around, I’m ready to eat. In the afternoon, I am ready for a small snack.

Except of course that breakfast is still a problem for me. Which is why I’ve been drinking those protein drinks so often lately – I’m tired of trying to think of something I want to eat for breakfast.

Except when I feel like I can’t be bothered was the thought that occurred to me today.

I don’t really have an conclusion or great revelation here. I don’t know whether there needs to be one? If it’s only the weekends, does it matter that much? Except it isn’t just the weekends, it’s breakfasts during the week. I don’t know. Just sorta thinking and trying to work this out.

I get where you're coming from - there are lots of times I don't know what I want to eat. Which is when I end up eating something unhealthy.
Sigh.