So much for getting back into my exercise routine. Last week was one of those weeks where it just seemed like there was something else going on every day. I could beat myself up over it...but I decided not to. Things just go this way sometimes.

Last week was also a pretty rainy, gloomy week, though we got off pretty easy considering there was a tropical storm moving through the region.

Today was the start of a new week. I came home. I exercised. I won't say I was chomping at the bit, or in any way eager. It was something that needed to be done, so I did it. It was actually even a good workout - one advantage of being well rested!

That's about all I have to say this week I guess. Let's just move on to some pictures!

My poor garden! I haven't been getting much out of it this year. Sunday, I picked a bucket of cucumbers and a few tomatoes. 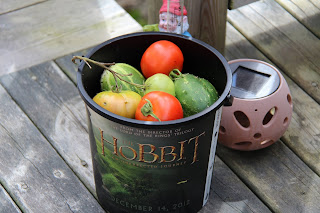 The cucumbers became pickles - first time I've ever tried making dill pickles! They join my one batch of salsa as the only preserving I have done this year. And it's the middle of September already! 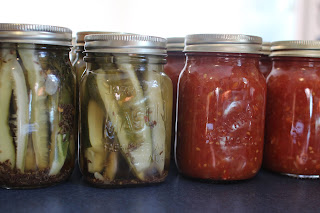 I do have lots of jalapeno peppers waiting to be picked. I'm thinking they might get pickled as well, since it doesn't look like I'll be needed them for salsa. 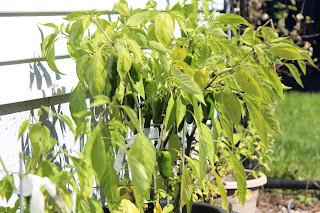 I bought a new feeder for the squirrels, since I got tired of them knocking the other ones out of the maple tree. This one they can just crawl into. Or, you know, hang upside down while munching on sunflower seeds. 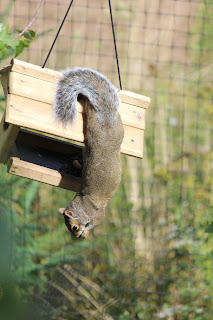 Still lots of birds around too. Can't keep the feeders full lately. Guess they are all getting ready for winter. 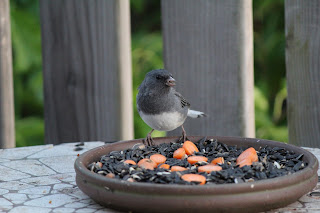 Posted by JavaChick at 9:25 PM

Im still on STEP ONE:
get me some mason jars!!

So great that you got back on track with exercise even when you weren't motivated. And so wise not to waste any time worrying about last week especially if there was a lot going on.

Good luck going forward, and as always, love the pictures!