It was a little chilly this morning, and the sun came and went a bit, but for the most part it was another beautiful day.

I started it off with an English Muffin for breakfast. 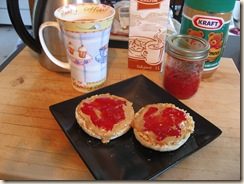 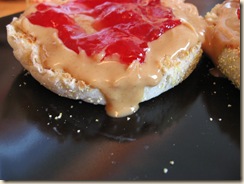 I ate my breakfast, then sat with my coffee and book on the couch. Husband slept in again – apparently he was up really late playing computer games. When he finally got up, he got himself some breakfast and we watched Stargate Universe together.

After the show, I put on my workout gear and did my workout for the day – a strength circuit for the Holiday Challenge. I followed that with another protein drink. 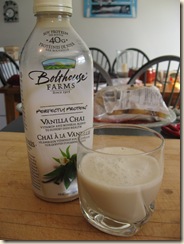 After my shower, Husband made us some soup for lunch. 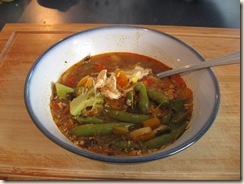 He makes a soup with Chicken Broth and noodles, throws in some frozen mixed veggies and some sort of flavoring (today he used my favorite Black Bean Chili Sauce), and then at the end adds a couple of eggs for protein.

I ended taking Zappa out for a short walk (forgot my camera, but we didn’t go far) while Husband made the soup. After I ate, I took my Frankie out. 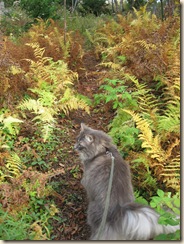 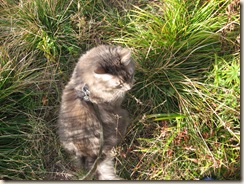 And then, I finally planted this poor bush that has been sitting on my deck since around the end of August. I picked it up at a garden center clearance and somehow just never got it planted. It looks like it’s dying off for the season, and it may be too late now, but I figured I might as well stick it in the ground. 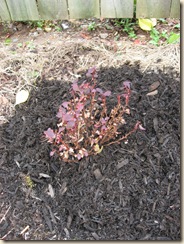 Doesn’t look like much now, but it was really pretty when I got it. It’s a Concorde Barberry. It’s in a sheltered spot, so I’m hoping it will have enough time to establish itself and then make it through the winter.

About the time I finished that, Husband came out to do some minor repairs to the fence, so I followed him into the yard. Of course both cats had to come out and see what was going on.

Zappa loves having his people out in the yard! 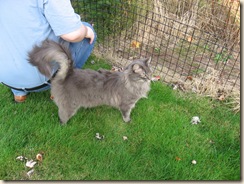 And here is Frankie, surveying his domain. 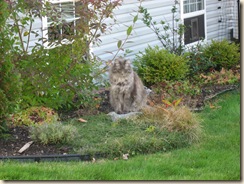 Then Zappa got into the catnip… 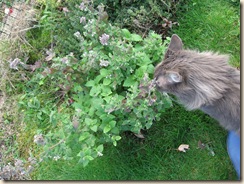 and ran up the tree. 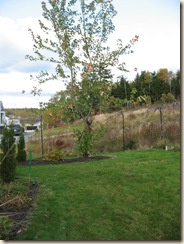 I went in and cropped that for you, because it’s hard to see. 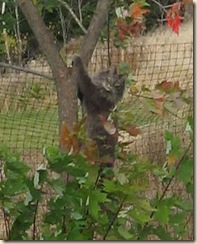 Then it was time to come in and start getting things going for supper. We bought a turkey breast, which was already in the oven at this point. Now it was time to get started on the most important part – the stuffing! I’ve said this before, and you’ll probably hear me say it again – if all I had was stuffing and gravy, I’d be happy. 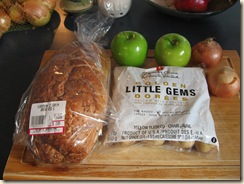 Ready to go in the oven: 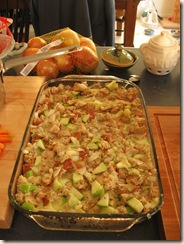 Husband prepared some carrots for himself, along with some for me to eat raw (since I can’t stand them cooked). Which was good because it gave me something to chew on and kept my hand out of that darned M&M’s bag. 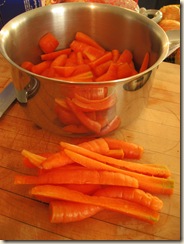 At this point I had a break from supper preparations, so I selected a show from the PVR (Medium) and started folding some laundry. I noticed the deer were out munching on our neighbor’s lawn. 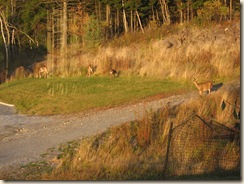 And then it was time to finish getting everything ready. Here’s the stuffing when it came out of the oven. 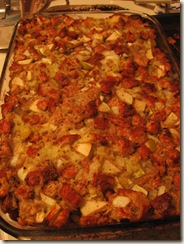 And then it’s all kind of a blur until I ended up with this: 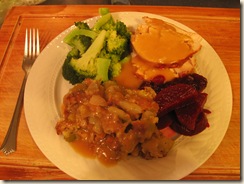 I am not a meat & potatoes girl. When Husband decides he wants roast beef or a steak or something along those lines, it is something that I resign myself to, rather that look forward to. But a turkey dinner is the exception to the rule. I had a plate full of stuffing, turkey, broccoli, cranberry sauce and pickled beets and I enjoyed it all.

Then I cleaned up and went back to the couch exhausted. Husband brought me a piece of pie – no photo, sorry. Also un-pictured today: 2 girl guide cookies and several handfuls of M&M’s.

It was a good weekend. I really  needed a 4 day break from work. I feel like I got a lot accomplished, but I also did some things that I enjoy. I’m tired, but it’s a good tired. I almost don’t mind that I have to go back to work tomorrow.   :)

Posted by JavaChick at 9:52 PM

Looks like a lovely Thanksgiving meal! And a perfect day. (and there's no snow on the ground there... like there is here!!)

Im so american in that it threw me off all yesterday seeing people wish each other a HAPPY THANKSGIVING.

Glad yours was nice.

Bag Lady - They are forecasting rain mixed with snow tonight - Ugh! Way too early for that nonsense I say.

Miz - It was very nice, thanks!